Original title: Guangzhou City Club has been owed wages for 2 months and the team has not yet received the news of the merger with the Guangzhou team

The Hebei team owes wages, and the club personnel have resigned on a large scale; the Chongqing Liangjiang Athletic Team players wrote an open letter asking for help; the Guangzhou team is still in a stage of unclear prospects. It is also a club invested by private enterprises. The Guangzhou City Club has also encountered a financial crisis, and wage arrears have appeared. The share reform is the only opportunity for this club to continue its normal operation.

The Hebei team, the Guangzhou team, and the Guizhou team have all experienced some situations, all seeking self-help. The investors of these teams are all private companies. They are also Guangzhou City Clubs invested by the owners of private real estate companies. Under the current status of the Super League, can they be alone? This reporter conducted an in-depth investigation.

For the entire Chinese professional football environment and some specific operating conditions, the management of the Guangzhou City Club has a pre-judgment, especially Huang Shenghua, the club’s chairman, who has served as the head of the professional league and has a good knowledge of the operation of professional clubs in the past two years. , He knows better than anyone else about the operation of the Super League, China A and China B clubs.

Beginning in 2016, when the club’s name was still “Guangzhou R&F”, it had been very careful in operation. Players such as Wang Song and Jiang Zhipeng joined other teams with higher transfer fees. At that time, R&F had planned the team structure. Make adjustments, and pay more attention to cost-effectiveness in the introduction of domestic and foreign aid, and seek more practical players.

R&F ushered in a climax of signings at the beginning of the 2019 season. The introduction of Belgian international Dembele, but it was only a special case. After entering the 2020 season, Guangzhou R&F performed the introduction of players and the handling of expired contract players. Sorting out, including Renaldinho, Zahavi did not get the renewal after the contract expired, this can be regarded as Guangzhou R&F’s planned “slimming”.

After the end of the 2020 season, Guangzhou R&F changed its name to Guangzhou City, and continued to strictly control costs. For example, the three-year contract of Dembele, the highest-paid, is about to expire. The club has no intention to renew. Many domestic contracts expired. Players can only get the club’s one-year contract extension. The Guangzhou City Club’s budget for the 2021 season has been compressed to the lowest level, but it is still struggling.

While people are mostly paying attention to the situation of the Guangzhou team, the Guangzhou City Club has also encountered an unprecedented crisis.In the investigation and understanding, it was found that the Guangzhou City Club coaches and players have been owed 2 months of salary so far, and the club staff also have the same problem. This is the first time since R&F Group took over the club on June 23, 2011.

Hope to solve the dilemma through the share reform

Guangdong has a number of Chinese Super League and Chinese League A teams, and their attitudes towards the share reform are all supportive. The Meizhou Guest Club, which has performed well this year in the Chinese Premier League and is expected to surpass, recently publicly proposed the idea of ​​participating in the share reform in a timely manner. Cao Yang, the club’s general manager, said, “We hope that under the leadership of the government, the implementation of the club’s shareholding system reform will be promoted more quickly. If the shareholding system reform can be completed, the development of our club will be more stable.” 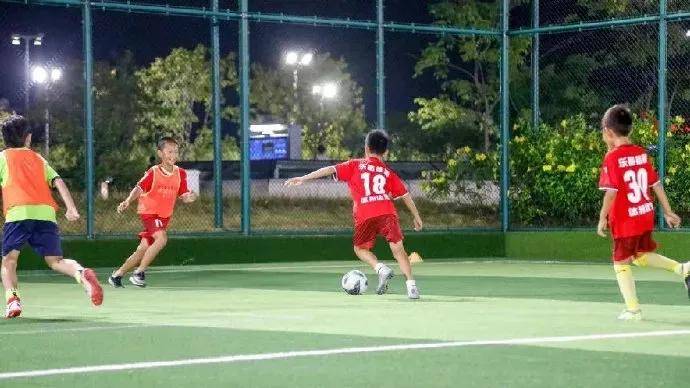 The main responsibilities of the leading group include strengthening overall planning, combining the development of Shenzhen’s football, researching and formulating feasible work plans, work plans and timetables for the construction of key cities for football development, clarifying the responsibilities and tasks of various departments, and pushing forward various tasks in a timely manner. Coordinating and resolving major issues and major issues in the construction work The leading group implements a work meeting system and holds meetings from time to time according to work needs-this means that Shenzhen, as a pilot city for the share reform of professional football clubs, has taken a solid first step.

The club’s operations are in trouble, and the parent company is deeply affected by the downturn in the real estate market. The Guangzhou City Club has made efforts to save itself, but it is indeed quite difficult. 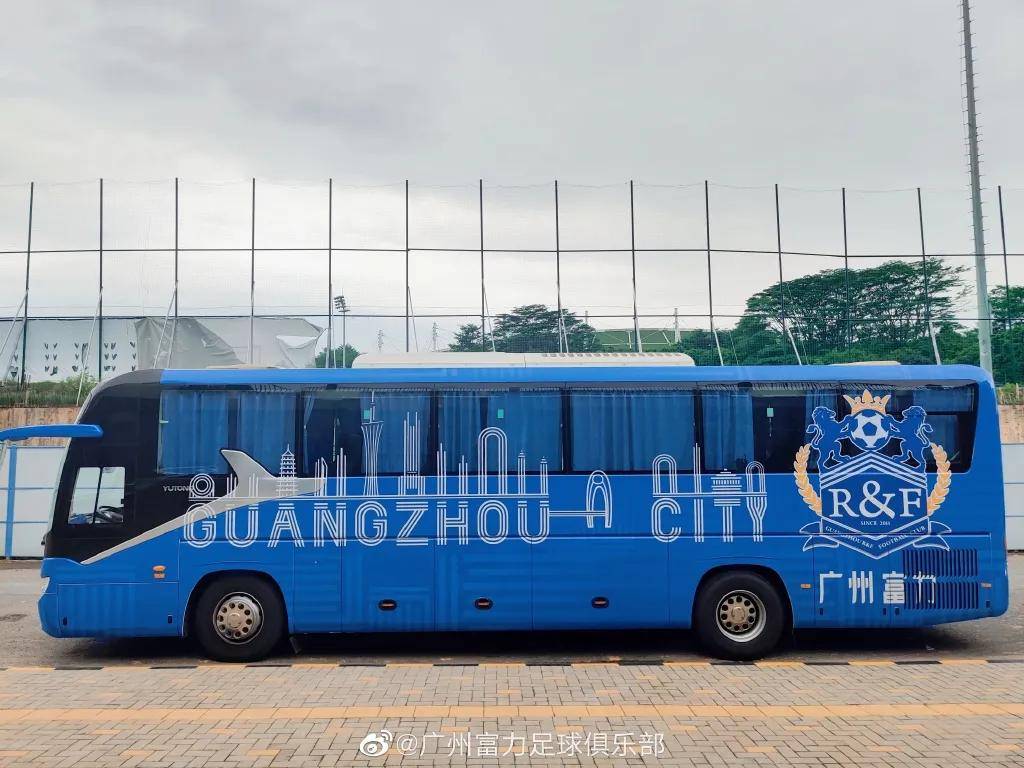 If Guangzhou Pharmaceutical or Guangzhou Automobile returns, it will be perfect

According to the general direction of the share reform, professional football clubs need to introduce state-owned enterprise capital to complete the share reform. The first thing to solve is to see which state-owned enterprises are willing to enter. Therefore, it is necessary to promote the implementation of the club’s shareholding system reform under the leadership of the government.

Guangzhou Pharmaceutical, Guangzhou Automobile and Guangzhou Football have a deep relationship. At present, the two state-owned enterprises can be regarded as “aircraft carriers” in similar industries in China. Both economic strength and size are very high, and they also have a huge publicity and promotion through sports media. space.

Guangyao once took over the Guangzhou team in 2006. If it returns to the professional football circle now, it can make a good story. The outside world does have such an expectation. Many fans believe that both Guangzhou Medicine and Guangzhou Automobile can “hand in hand” with Guangzhou Football. , The results are perfect. 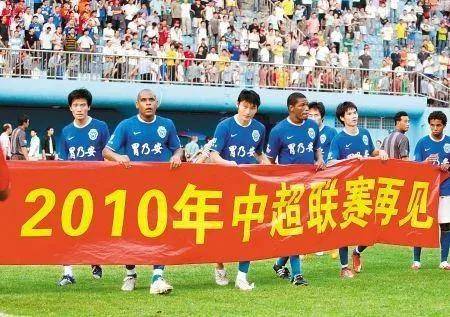 There are many things that need to be resolved in the process of share reform of professional football clubs. One of the issues that will definitely be involved is-after state-owned enterprises participate in the share reform to obtain the majority of the club’s equity, how will the club operate next?

Judging from the situation in the past ten years, the Guangzhou City Club has gained certain practical experience in its operation. It can be regarded as an excellent club representative of the Super League in terms of time-sizing and decision-making during operation. It is also very good in terms of the vision and pertinence of introducing foreign teachers. Not bad, in the past week, former Guangzhou City coach Stojkovic led the Serbian team to the Qatar World Cup. The Dutch coach Van Bronckhorst, who coached the team last season, just became the head coach of the Glasgow Rangers.

After the completion of the share reform, the question of who will operate in the future, generally speaking, is nothing more than four models. One is the involvement of state-owned enterprises and all take over the management of the club; the second is that all equity parties of the club participate in the operation; the third is to continue to retain the management of the original club. Operation team; Fourth, under the leadership of the government and the local football association, the state-owned enterprise Jiayuan Club cooperates in operation.

When and how will the future development of Guangzhou City Club be resolved? There is no clear timetable yet. 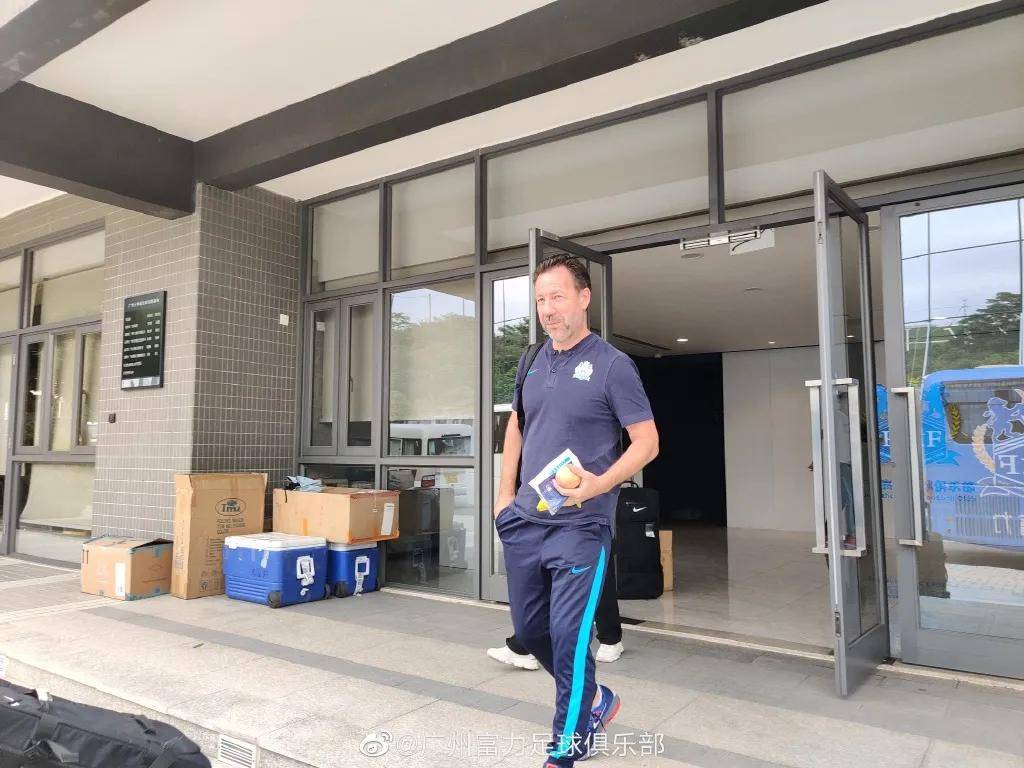 Foreigners, the virus pushes remittances: 7 billion from Italy at the end of the year

Avian in Rome, an outbreak breaks out in...

Cagliari in Verona without Cragno and Godin

Three absences that have taken the sting out...

The Union Pro is in isolation and the...