Seize the opportunity to show your style, the Chinese men’s basketball team prepares for the World Cup qualifiers

Seize the opportunity to show your style, the Chinese men’s basketball team prepares for the World Cup qualifiersFly into the homes of ordinary people

The CBA has just been suspended, and the national team has assembled again, with more than a dozen national players non-stop. To prepare for the two 2023 World Cup qualifiers with the Japanese team, the Chinese men’s basketball team has entered the Beilun training base in Ningbo on the 15th and will fly to Sendai, Japan after a week of training, to play two consecutive games with the Japanese team. It is worth mentioning that due to the epidemic, all other matches in the first window of the Asian region of this World Preliminary will be postponed to February next year. The match between the Chinese Men’s Basketball Team and the Japanese team will become the only group of normal matches. China The team also hopes to take advantage of the time when the game is not delayed again, and go all out to win.

Caption: Guo Ailun arrives at Ningbo training base for training and selection

Different from bringing many young players to the Asian Cup qualifiers this summer, Du Feng played in the World Cup qualifiers this time as the main force. The 16 players recruited are the best performers in the current league. Last season’s league champions and runners-up Guangdong and Liaoning each had 4 players selected. The specific names are: Zhou Peng (Guangdong), Ren Junfei (Guangdong), Xu Jie (Guangdong), Zhao Rui (Guangdong), Han Dejun (Liaoning), Guo Ailun (Liaoning), Zhao Jiwei (Liaoning), Zhang Zhenlin (Liaoning), Wang Zhelin (Shanghai), Wu Qian (Zhejiang), Hu Jinqiu (Guangsha), Sun Minghui (Guangsha), Shen Zijie (Shenzhen), Qi Lin (Xinjiang), A Budu Saramu (Xinjiang), Zhou Qi (Southeast Melbourne Phoenix of the Australian Basketball League). Since the league has just played the national team in the first dozen rounds, the national players have no problem with their competitive state. However, what worries Du Feng is that some players have some minor injuries. Therefore, in this week’s training camp in Beilun, he will follow The actual situation selected the 12-man squad against the Japanese team.

The Asian qualifiers for the World Cup are divided into 4 groups. The Chinese team is divided into Group B. The opponents in the same group include Australia, Japan and Chinese Taipei. The group stage adopts the home and away double round-robin system, and the top three in the group advance to the next level. Round. Due to epidemic prevention and control and other reasons, the home and away games of the Chinese team against the Japanese team will be played in Sendai, Japan. The game time will be 11:05 on November 27 and 17:35 on the 28th. For the Chinese team, the pressure of these two games is not great. On the one hand, the team will make every effort. Even Zhou Qi, who plays for the Australian NBL league, will rush to Japan to compete. On the other hand, the goal of the Japanese team this time is to train new players. Therefore, the two NBA players, Hachimura Kyo and Watanabe Yuta, were not recruited, and there is still a gap in strength between the two teams. 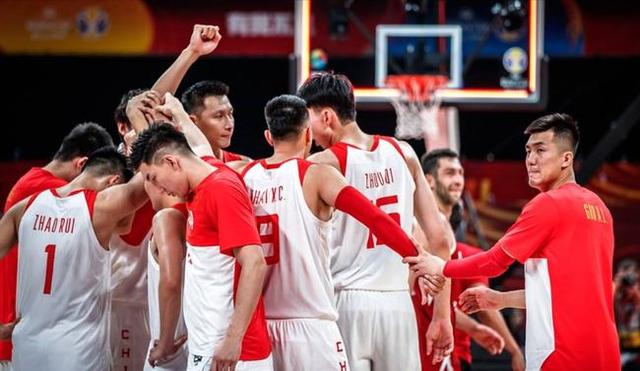 Caption: In the match with the Japanese team, the Chinese men’s basketball team is not under pressure. Network data map

For the Chinese team, it is also good news that these two games can be held as scheduled. The first is that the CBA league has been postponed due to the national team qualifiers. If these two games are also postponed, then not only will the national team’s early preparation plan be broken, it will also affect the next CBA league schedule. After all, it is not easy for the national team to participate in international competitions at this stage. To coordinate with the CBA league, it also involves the issue of epidemic isolation. In addition, the current national team’s personnel reserve is fairly rich, and the players are in good personal condition at this stage. At this time, there are many people available to play the Japanese team Du Feng. Once the game is delayed, as the league deepens, the possibility of injury for some players will increase, which will lead to a reduction in the strength of the national team.

Du Feng said that in the two games against the Japanese team, he hopes that the players can show a good spirit and cherish every opportunity to represent the national team. “We will go all out and learn from the last Asian Cup qualifiers and Japan. The advantages of the teams playing against each other, try to maximize the strengths and avoid weaknesses to play well. Whether in difficult times or in the process of leading, everyone must have a very good mental outlook and show the goodness of the new Chinese men’s basketball team. Inheritance.” (Xinmin Evening News reporter Li Yuanchun)

What not to eat for gastritis and colitis problems? Here is the truth

The three major U.S. stock indexes fell across the board, crude oil plunged, and U.S. oil fell below $80

Spanu drags Raimond back to victory in Bolzano

Udinese, how to painfully slip into the usual...

Ferrero, the reckless life of “Er Viperetta” between...