Home Sports Serie A, the calendar returns from the national teams: Lautaro and Alex Sandro the last
Sports

Serie A, the calendar returns from the national teams: Lautaro and Alex Sandro the last

The championship will resume on October 16. The problem concerns the South American players, who will finish playing on the night of 15 October

The national team break will see several big Serie A players involved. The championship will resume on 16 October. The main problem concerns South American footballers, including Lautaro and Alex Sandro, whose commitments with their respective countries will last until the night of 15 October. There is more room for European and African players, who will return earlier.

Milan has 12 players away for the national teams (those who stay at Milanello will have free Tuesdays, Wednesdays and Thursdays), a lower number than Juve, Naples, Inter and Atalanta. But above all, he is not touched by the South American speech: in the squad there is only the Brazilian Messias, out of the round of call-ups. In view of the resumption of the championship, therefore, no particular critical issues are expected with respect to the return dates (the Rossoneri will resume on the evening of Saturday 16 October at San Siro against Verona). Not only that: the Nations League calendar, which will end on Sunday 10 between Milan and Turin, will play in favor of four Rossoneri called up for the final act of the tournament: Calabria, Maignan, Hernandez (France) and Saelemaekers (Belgium) will be available for work at Milanello as early as next Monday. A few more days instead for Tonali (Italy-Sweden U21 on Tuesday 12), Kjaer (Denmark-Austria scheduled for Tuesday 12), Tomori (England-Hungary on Tuesday 12), Maldini (Italy-Portugal U20 on Tuesday 12) and Kalulu (Serbia- France U21 Tuesday 12). Finally, the Africans: Kessie’s Ivory Coast will play on Monday 11th at home against Malawi, Bennacer’s Algeria in Niger on Tuesday 12th and Ballo-Touré’s Senegal in Namibia on Tuesday 12th. last to return to base: in Italy on Wednesday 13th and in Milanello on Thursday 14th. 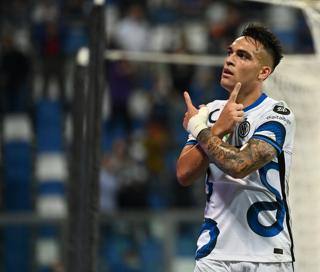 From goals to logistics. Once the victorious comeback against Sassuolo has been filed, the delicate situation imposed by the international calendar in view of the resumption of the championship on 16 October is to be defined at the Nerazzurri home. The problem concerns five of the 15 elements who left for the retreats of their respective national teams, with the risk of not being able to embrace the South Americans in time for the Olimpico match. No problem for the nine Europeans engaged between Nations League and world qualifiers, all in Appiano between 12 and 13 October at the latest: they are Skriniar (Slovakia), the Croats Brozovic and Perisic (Croatia), the Italians Barella, Dimarco and Batons, the Dutch De Vrij and Dumfries, Dzeko (Bosnia) and Calhanoglu (Turkey). For Lautaro, Correa, Vidal, Sanchez and Vecino, it will be necessary to aim for a quick return with a charter flight, perhaps in agreement with other A clubs (Juve and Atalanta). The first to “free themselves” will be the Toro and the Tucu, who will conclude the albiceleste triptych against Peru on Friday night around 3.30. Vidal and Sanchez (against Venezuela) will finish half an hour later, while Vecino (against Brazil) will finish around 4.30. At best, therefore, any group charter would take off to Italy no more than 36 hours before the match against Lazio. The landscape could change only in the event of any disqualifications: the warned Lautaro, for example, would anticipate his return by three days in the event of a yellow card in the match scheduled against Uruguay on the night between Sunday and Monday. 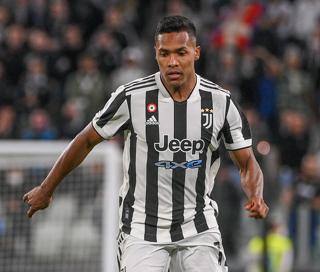 Juve resumed activities at Continassa this afternoon, without sixteen players involved in the national team. The European champions Bonucci, Chiellini, Chiesa, Locatelli and Bernardeschi were also joined in extremis by Kean, to replace Immobile. While Rabiot will return to the stadium tomorrow with France to face Belgium. Ramsey was called from Wales, despite having physical problems. Szczesny responded to the call-up of Poland, Kulusevski to that of Sweden and De Ligt to that of Holland. The Europeans will all return between Monday and Wednesday next week, so they will have plenty of time to prepare for the match against Roma scheduled for Sunday evening. The problem, however, arises again for the South Americans: the Brazilians Alex Sandro and Danilo will challenge Bentancur’s Uruguay on October 15 at 2.30, so late as to once again compromise their availability for the first post-stop challenge. The return to Turin is scheduled for Friday, the resumption of training probably for Saturday, the eve of the match. It is better than just a few hours in Cuadrado and McKennie, respectively engaged with Colombia and the United States. Also in this case, the commitment to postpone Serie A leaves some more margin on the choice of letting them play or not, but it will be necessary to understand how tired they will be after the games and especially the long international trips. 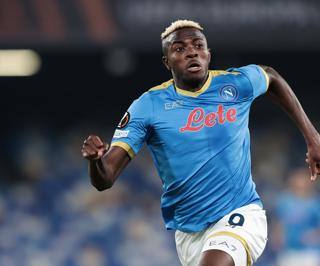 When the championship resumes, Napoli will play at Maradona, against Torino, at 6 pm. As for the commitments of the national teams, only Ospina (Colombia) and Lozano (Mexico) will return 36 hours after Juric’s grenade match. The goalkeeper will play against Ecuador on the 14th and will return to Naples only on the eve of the match against Torino, as had already happened last September, when Ospina returned from Colombia on Friday evening and played against Juve the next day. . A similar situation will be experienced by Hrving Lozano who will play Thursday 14, at dawn, in El Salvador. Soon after, the striker will set off for Italy, where he is expected to return late Friday evening. Probably Spalletti will let him rest, giving space to Politano. For the Africans, however, the situation will certainly be more comfortable, they will return to Naples between Wednesday and Thursday, in time to be able to carry out at least a couple of training sessions: in detail, the Senegalese Koulibaly is engaged against Namibia, the Cameroonian Anguissa against the Monzambico and the Nigerian Osimhen against South Africa. The same goes for the Italian nationals, namely Insigne, Di Lorenzo and Meret, who will return to the headquarters on Monday 11.

Watch the entire Serie A TIM on DAZN. Activate now

“A secret passage in the Kabul airport fence”, this is how the US evacuated the most delicate cases