Home Sports The fat tiger has successfully lost weight and its dominance is still violent. The aesthetics are online again. The Pelicans are relieved – yqqlm
Sports

The fat tiger has successfully lost weight and its dominance is still violent. The aesthetics are online again. The Pelicans are relieved – yqqlm

On October 5th, Beijing time, the Pelicans beat the Bulls 129-125, and got a good start to the preseason.

On the Pelicans side, Zion Williamson came back. He played 15 minutes, made 4 of 6 shots, and scored 13 points and 4 rebounds.

After 513 days, Zion finally ushered in his debut after his comeback. You know, in the past year or so, doubts from the outside world hit Fat Tiger like a tide. Due to the injury of the broken foot, Fat Tiger underwent surgery. However, after the operation, he still did not meet the actual combat standards because of his excessive weight, and he did not get permission to play.

Last season, during the days of Zion’s injury, Morant, Garland and others who were in the same class as him led the team to achieve results. Morant and Garland were also selected for the All-Star team. Such an experience further reflects the loneliness of Fat Tiger.

However, even if he hasn’t played for more than a year, the Pelicans still trust Fat Tiger very much. After the start of the offseason, they immediately offered Fat Tiger a maximum salary extension contract, and also decided to continue to “bet” on him in the next few years.

Although in the new contract, the Pelicans management also added restrictions on new season attendance and weight indicators out of concern. But it turns out that the Pelicans made an extremely wise decision. In the past three months, Fat Tiger’s recovery has made great progress. He hired a special chef to improve his three-meal menu, and patiently lost weight under the training of the trainer.

So, when they came to the new season training camp, people saw a more lean and healthy fat tiger. On his face, people also saw a confident and sunny smile again. 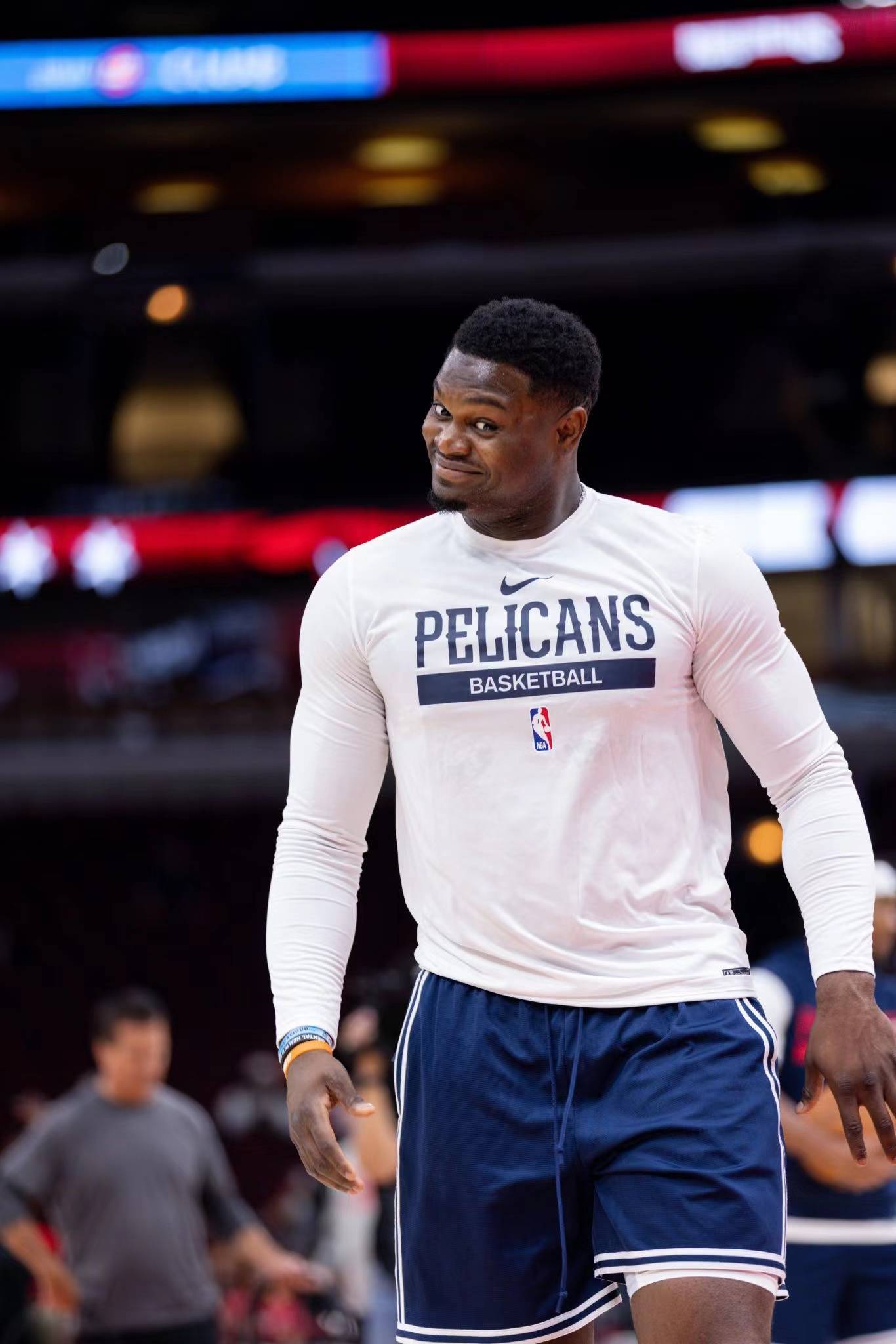 Of course, there are also experts such as O’Neal who are worried that weight loss will affect the latter’s impact on the court when talking about the fat tiger. But in the first game of the preseason, this doubt was quickly dispelled. Shortly after the opening, Fat Tiger broke out on the offensive end. When a teammate missed the basket, Fat Tiger used his strong body to squeeze Vucevic away, grabbed a favorable position, and then jumped high for the second attack. Violent dunks also cause opponents to foul 2+1.

Obviously, proper weight loss did not affect Fat Tiger’s confrontation, but instead improved his agility. More than 7 minutes into the battle in this quarter, he asked for the ball from the waist again, and then suddenly started to get rid of the opponent and dunked again. This ball, the Bulls’ defender reacted half a beat slowly throughout the whole process, and could only watch Fat Tiger score the ball.

Fat Tiger’s athletic talent is not only reflected in the offense, but on the defensive end, he is also alert enough to protect rebounds. In addition, he also actively chased and sent a big cap and was blown to interfere with the ball, but looking back in slow motion, it is debatable whether Fat Tiger’s ball was illegal, and the jumping point of his block was actually a small step in the free throw line. position, the ability to bounce is really amazing.

It’s not just the presentation of violent aesthetics, when the Bulls’ defensive formation settles. Fat Tiger can also use small skills to find opportunities to attack the basket. During this period, he used the delicate technique of butterfly piercing flowers to pass Drummond and other two people in a row, and scored a light layup.

Frankly speaking, the Pelicans did not blindly arrange for a fat tiger to attack in this game. Coach Willie Green is more trying to share the ball on the offensive end, hoping that the players on the court will be able to enjoy the rain and the rain. But even so, Fat Tiger scored 13 points on 4-of-6 shooting in 15 minutes of playing time. In addition, at the free throw line, Fat Tiger hit all 5 shots, which is in stark contrast to Ben Simmons, who had a bad free throw yesterday.

You must know that recently, more and more experts are optimistic that the Pelicans will become the big dark horse in the new season. Some people even believe that they can become a stopper on the road to defending the Warriors. In the first game of the preseason, the strong return of Fat Tiger undoubtedly injected new motivation and confidence into the team… (Poirot)Return to Sohu, see more

Anti-Covid vaccines, the tests that “photograph” the response of the immune system