Original title: National Football Game Oman decides that the two teams will eventually go to mid-December with a high probability of postponement

For the fact that the two home games of the top 12 games in November returned to West Asia, the international football team has been mentally prepared.

According to the AFC schedule, the national football team will play at home against Oman and Australia in the fifth and sixth rounds of the top 12 matches on November 11 and 16. The Chinese Football Association had already started the preparations for the team’s return to home in the two top 12 matches in November before the national football team went to West Asia to participate in the first 4 rounds of the top 12 matches, and submitted detailed competition and epidemic prevention plans to the higher authorities. Waiting for approval. However, it is only more than two weeks before the match between the Chinese team and the Oman team in November, and the relevant plan has not yet been approved by the relevant parties, so it is unlikely that the game will win.

The Chinese team has made an emergency plan, and all the players of the national football team have already made full psychological preparations. The members of the national football team’s guarantee team have even contacted the charter flight in advance to ensure that the Chinese team can participate in the two games in November smoothly and safely. It is understood that once the Chinese team is forced to go to a third-party venue, the preferred venue is still Sharjah in the UAE.

Since returning from Saudi Arabia in the fourth round of the top 12 matches, the National Football Team has been conducting isolation and closed training in Suzhou, and will end the 14-day isolation on the 28th of this month, and then enter the 7-day home isolation period. To this end, the National Football Team will go to Shanghai at the end of October and is expected to depart around November 8 to restart the journey of the West Expedition.

After returning to the country, most of the international footballers relieved their physical and mental exhaustion, and Li Tie also made targeted deployments. During the training camp during this time, Li Tie formulated a plan of two trainings a day, basically one in the morning and one in the afternoon. From the current point of view, the physical condition of the international footballers has improved, except for Zhang Linpeng who is still unable to participate in the joint training, and the other players are not seriously injured. However, since some of the wounded inside the national football team have not yet been finally diagnosed, there is no final decision on whether to add a new international football team to the team. 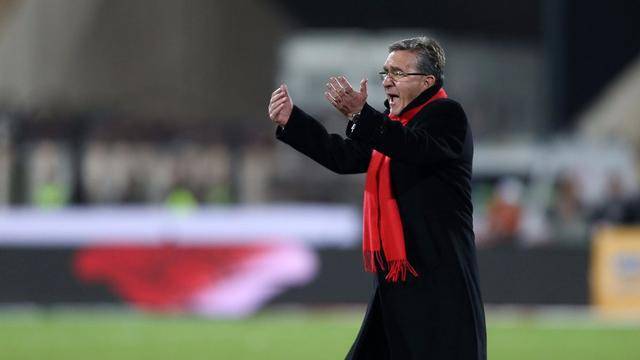 The Oman coach was once the champion coach of the Super League.

The national football team will welcome the Oman team in the fifth round of the top 12. In the previous 4 games, Oman has 2 wins, 2 losses and 6 points, temporarily ranking third in the group. The result of this game will directly affect the final direction of the two teams in the top 12. Recently, the current Oman coach Ivankovic sent a message to greet the Chinese fans. He said that he respected every opponent, but at the same time he came to the court as a coach to win. Ivanovic served as the coach of Shandong Luneng in 2010 and 2011. He won the Chinese Super League championship in 2010. He is quite familiar with Chinese football.

See also  Dyson has opened a shop in the metaverse

On the other hand, once the second round of the top 12 matches of the national football team in November are held in West Asia, there is a high probability that the third stage of the Chinese Super League in December will be postponed.Return to Sohu to see more

Huang Xuan attended the premiere of “Wuhai”, quarreling and discussing the scene for six hours to watch the crying director_movie

TvB, it is already playoff climate What a...

Score, make a mistake, give away and collapse:...

Cies, here are the 60 most precious talents:...

The Scudetto is a deal for four, Juve...

Spanu drags Raimond back to victory in Bolzano