Original title: The two naturalized attackers in the national football game in Australia will still be entrusted with the important task of Li Tie shouldering Luo Guofu’s single chat

In accordance with the established rhythm of preparations, the Chinese team conducted two training sessions on November 13, local time. Except for the winger Liu Binbin who sprained his waist, the other 26 players participated in the outdoor training that night. It is worth noting that before the start of the training, coach Li Tie had a “single chat” with Alan and Luo Guofu, two naturalized attackers. Judging from Li Tie’s move to put his hand on Luo Guofu’s shoulders, good communication between the two has always been maintained. If there is no accident, Luo Guofu and Alan will still be an important support for the next round of the national football team to attack the Australian team’s defense.

On the evening of the 13th local time, a total of 26 players, including goalkeeper Wang Dalei, who was a little uncomfortable before, participated in the joint training. The only one who was absent from training was Liu Binbin, a full-back with a sprained waist. However, his injury is not serious and he should not miss the China and Australia games on the 16th.

Although the Chinese team failed to win the Oman team as expected in the last round, the Chinese team’s generals returned to their normal track from the first practice after the game on the evening of the 12th local time. In the training on the evening of the 13th, the laughter of the team members was heard from time to time. Before the start of the training, the head coach Li Tie called Luo Guofu and Alan to his side to communicate, and then he chatted with Luo Guofu for a while. The picture information shows that during the conversation, Li Tie put his hand on Luo Guofu’s shoulder while smiling. It can be seen that the communication between the generals is very pleasant. 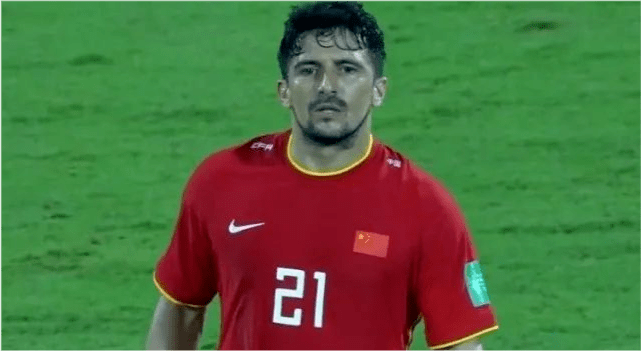 Luo Guofu did not participate in the training on the evening of the 12th because he was kicked by an Oman player in the last round of the game. However, on the 13th, he returned to the joint training lineup and completed all the training units.

From the above details, it is not difficult to see that Li Tie is satisfied with the performance of the two naturalized players in the last round. It is understood that the Chinese team will continue to entrust the two with a high probability in the next round of competition.

According to the plan, the Chinese team will participate in the theory class in the resident hotel on the morning of the 14th local time. The content is to conduct a professional analysis of the Australian team’s technical and tactical play and the personal abilities of the players, and arrange the last two before the game accordingly. The specific content of the outdoor training.

Barcelona Prospects: The Red and Blue Army is...

A beautiful but unfortunate Benetton Lyon waits and...

Cortina: always great Italy with Curtoni, but it...