BYD Seal pre-sale has exceeded 20,000 units, can it challenge Tesla Model 3? – IT and traffic

Car stuff news on May 25,A few days ago, BYD released the new model BYD Seal. As of 22:00 on the day of the press conference, the pre-sale order of BYD Seal reached 22,637 units within 6 hours, and the sales were extremely hot.It is reported that BYD plans to produce 60,000 SEAL models a year, which means that SEAL’s orders have reached 1/3 of its planned annual output. 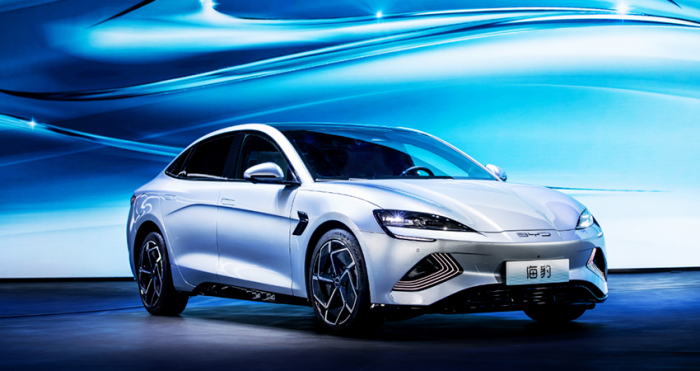 According to foreign media Teslarati, BYD plans to produce a right-hand drive version of the Seal model as the start of the Seal model entering the global market. It is reported that BYD has confirmed that the seal model will be sold in the Australian market as the BYD Atto 4.

Judging from the hot pre-sale of the seal model in China, BYD is well recognized in the new energy market. After this car is launched overseas, it may become a business card for BYD to increase its popularity.

1. Equipped with CTB and other heavy technologies, the fastest acceleration is 3.8 seconds

The reason why the pre-sale of BYD seals is so popular is closely related to the latest technology it carries.

At SEAL’s pre-sale press conference, Cell to Body (CTB) technology became a highlight of SEAL’s new car. The so-called CTB, in simple terms, is to deeply integrate the “blade battery” into the vehicle structure. The upper cover of the battery pack is integrated with the traditional structure of the body floor to form a vehicle sandwich structure of the upper cover, “blade battery” and tray.

Then the use of this structure can make the shape of the whole vehicle lower, so the wind resistance of the seal is also as low as 0.219cd; in addition, the utilization rate of space will be higher, which allows the seal to use the front asynchronous motor + rear synchronous motor. The four-wheel drive architecture, of which the four-wheel drive model has a zero-to-100 acceleration of 3.8 seconds, with a strong sense of movement.

Moreover, another advantage of this technology is that it can reduce the number of components, thereby increasing the number of cells, which is also conducive to improving the cruising range of the vehicle.

In fact, BYD’s CTB is essentially the same technology as Ningde era and Tesla’s CTC. Tesla and BYD are doing it, which also shows the prospect of this technology. As the first model equipped with CTB, Seals naturally also showed how important they were.

In addition, the standard battery life version is equipped with a 61.4-degree lithium iron phosphate blade battery, while the long-range rear-drive and four-wheel-drive versions are equipped with an 82.5-degree power battery. The cruising range of the new car under CLTC conditions is 550 kilometers, 650 kilometers, and 700 kilometers respectively.

2. BYD’s sales of the first in April have stopped the production of fuel vehicles

In fact, the high pre-sale sales of the seals are also related to BYD’s recognition in the new energy market.

Some time ago, the China Passenger Transport Association announced the April production and sales report, and BYD continued to maintain its position as the number one manufacturer of new energy vehicles in China. 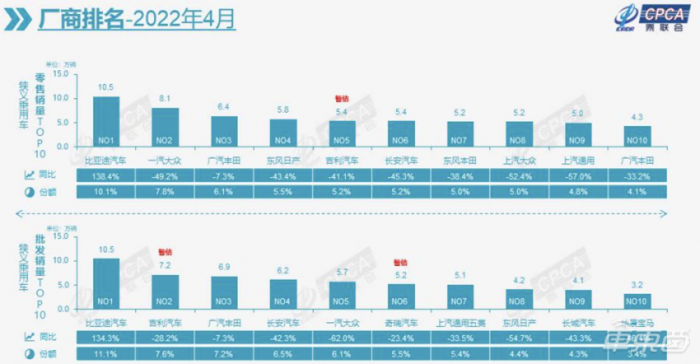 From the perspective of sales, BYD has firmly won its own position in the current new energy vehicle market.

However, if you look closely, you will find that BYD’s main sales are contributed by mid-to-low-end cars priced at around 100,000 to 150,000; and unlike other car companies, BYD has taken a multi-line approach to quickly seize the market. ——There are more than a dozen or 20 kinds of models currently on sale.

Previously, BYD has not been able to launch a model that is very popular in the global market like Tesla Model 3 and Model Y.

From the perspective of BYD Seal, its price, positioning, and BYD’s latest CTB and other new technologies, this car may become BYD’s ace explosion.

The final night of the five major leagues is so fantastic: Guardiola’s magic and Ibrahimovic’s cigar – Xinhua English.news.cn

Pension funds, memberships are growing but the markets...

There are new measures to promote automobile consumption,...