According to news on October 27th, today, Canalys, a research institute, released a report on the smartphone market in mainland China. The report shows that in the third quarter of 2022, China‘s smartphone market shipments were 70 million units, a year-on-year decrease of 11%.

Specificallyvivo ranked first with 14.1 million shipments, and it was also the brand with the highest shipment among domestic manufacturers.OPPO (including OnePlus) shipped 12.1 million units, ranking second, and Honor ranked third, shipping 12 million units. 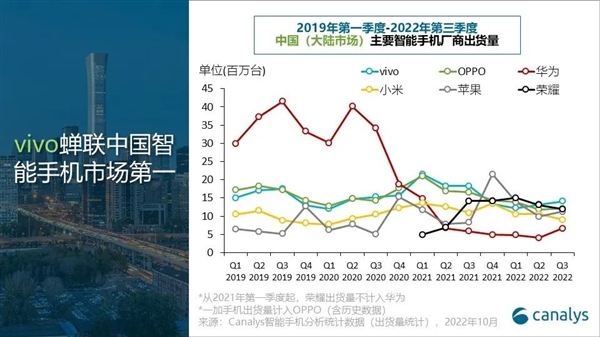 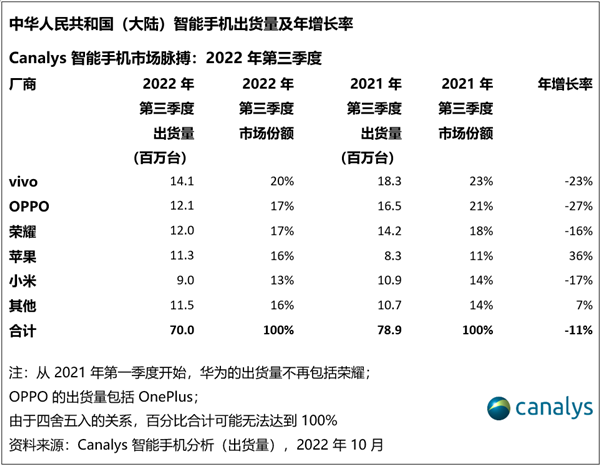 It is worth noting that, outside the top five manufacturers, Huawei has grown again with the Mate series that only supports 4G. Canalys analysts believe that,“For manufacturers who are committed to investing in high-end, Huawei is still their biggest threat.”

Canalys expects the smartphone market in mainland China to be flat in 2023 or a slight recovery in 2022, but still significantly lower than 2021 and pre-pandemic levels, and demand is unlikely to improve until late next year. Mass shipments of the iPhone 14 series and the arrival of the e-commerce festival will drive the market performance in the fourth quarter.

Give the author some big and small rewards

Volvo EX90, the car that will be our powerhouse