Home Business Contrary to the trend, increasing positions and focusing on the allocation of new energy is still a “good idea” for fund managers | Fund Manager_Sina Finance_Sina.com
Business

Contrary to the trend, increasing positions and focusing on the allocation of new energy is still a “good idea” for fund managers | Fund Manager_Sina Finance_Sina.com

Original title: Contrary to the trend, increasing positions and focusing on the allocation of new energy is still a “good thing” for fund managers Source: Shanghai Securities News

The newly disclosed 2021 public fund quarterly report shows that public equity funds will increase their positions against the trend in the fourth quarter of 2021. According to Tianxiang Investment Consulting data, as of the end of the fourth quarter of 2021, the average positions of stock open-end funds and hybrid open-end funds have increased by 1.64 percentage points and 2.96 percentage points respectively compared with the end of the third quarter of 2021. In terms of industry allocation, new energy is still the key allocation direction of public funds. In addition, consumer stocks, which have been weak overall in 2021, have been added by some fund managers. 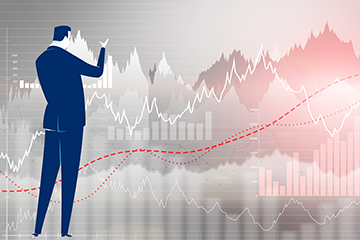 In the state of high positions, many fund managers have made structural adjustments to their positions. Ma Xiang, manager of Huitianfu Private Vitality Mixed Fund, said that while maintaining high positions, it also pays attention to structural adjustment. “The market value of some sectors is overdrafted as a whole, and we have reduced the proportion of such stocks; at the same time, we have moderately increased positions in small and medium-sized companies with more advanced growth stages and more space.”

“The market does not lack structural opportunities. In 2022, there is a high probability that the broader market will be weak but the industry will rotate rapidly, and structural hotspots will appear frequently. The difficulty of fund operation will increase, which will affect the allocation of fund managers’ bottom positions and grasp the structure. The ability of sexual opportunities has put forward higher requirements.” said Shu Jinwei, manager of the mixed fund of Wanjia New Opportunity Leading Enterprise.

Judging from the operation in the fourth quarter of 2021, although the new energy sector has undergone drastic adjustments, it is still the focus of public fund allocation.

“In the fourth quarter of last year, despite some new changes in the market, such as the new energy sector fluctuating at a high level, the low-valued sector gradually getting out of its weak state, and the continued strength of small-cap companies, we still focused on new energy vehicles, new materials, photovoltaics, etc. , wind power, high-end equipment, semiconductors and other fields. We judge that the global energy industry is undergoing profound changes, and the proportion of new energy use will continue to increase. We believe that in this process of change, a large number of great enterprises will emerge in China. ” said Feng Mingyuan, manager of Cinda Australia Bank New Energy Industry Equity Fund.

Gao Nan, manager of Hengyue Core Selected Mixed Funds, said that from the bottom up, the medium-term development trend of the economic growth track represented by new energy is still improving. Among them, individual stocks with strong growth certainty and long-term market value space that have not been overdrawn still have allocation value.

“Looking forward to 2022, we believe that the profit situation of the middle and downstream industries will gradually improve. Under the background of ‘double carbon’, the demand of the new energy industry will continue to be strong. In addition, the military, electronics and high-end manufacturing sectors that reflect the upgrading of my country’s manufacturing industry It is expected to continue to perform under the leadership of the performance.” said Sun Fang, a mixed core selection of Shanghai Investment Morgan.

At the same time, some fund managers believe that with the gradual elimination of unfavorable factors, consumer stocks that were weak last year will usher in a reversal, so they have made arrangements in advance.

Li Xiaoxing, manager of Yinhua Xinyi’s flexible allocation of mixed funds, said in the 2021 quarterly report that from the perspective of revenue and profit, the performance of consumer goods companies in 2022 will return to normal operating conditions, and there will be room for valuation switching. The investment outlook for consumer stocks will be more optimistic than in 2021 as the negative factors subside.

“In the segmented industry of consumption, we are optimistic about high-end liquor and sub-high-end liquor with national market expansion potential. In the fourth quarter of last year, we increased our positions in the liquor sector, because we saw the accumulation of positive factors, which strengthened the certainty of medium and long-term performance. Volkswagen Consumer goods are expected to perform better in the second quarter of this year, and we are optimistic about the condiments that have the flexibility to increase prices, and the recovery prospects of the catering supply chain, which has been greatly affected by the epidemic.” Li Xiaoxing said.

Omicron, how many days do you stay positive? And how long can it be infected? The times (and the course)

Renewables: 2021 is another “wasted year” for Italy

CNH Industrial: US subsidiary intends to proceed with...

Rent-a-car is recovering, but cars are lacking. Well...

Intesa Dazn-Antitrust, 10 euro discount for those who...

After the technology company, the top executives of...

Inflation slows, prices down on a monthly basis...

Ford of Europe and Volvo with 28 other...