Moutai cancels the “Unboxing Order” Distributors: have been notified that “Flying Moutai is included”

Kweichow Moutai (600519.SH) has implemented the “unboxing order” for more than half a year and is ushering in changes.

Recently, it has been reported that Moutai will cancel the “unboxing order” policy, not including Pu Mao.

It is worth noting that some dealers said that Feitian Moutai was also canceled.

Following the cancellation of the “booking and buying wine” activity of Moutai International Hotel, Moutai has cancelled the implementation of the 296-day “unboxing order” policy. Determined to be firm.

Some dealers said that they include “Flying Moutai”

Recently, it has been reported that Moutai will cancel the implementation of the 296-day “unboxing order” policy, not including Pu Mao. As soon as the news came out, it caused heated discussions in the liquor circle.

On October 25, the Red Star Capital Bureau asked the Kweichow Moutai Securities Department to verify the matter, but the other party stated that it was not clear. Subsequently, the Red Star Capital Bureau called dealers across Moutai. Some dealers stated that they had received a notice to cancel the “unpacking order” and had not yet been implemented; some dealers reported that they had not received relevant notices.

A Moutai dealer in Shanghai told the Red Star Capital Bureau that some Moutai products in 2021 have cancelled the unboxing order, including the Chinese zodiac wine series. However, the distributor also said that the selling prices of original boxes and loose bottles have basically not changed.

It is worth noting that some dealers said that the types of cancellation of “unpacking orders” also include Feitian Moutai. A Moutai dealer in Beijing told the Red Star Capital Bureau: “The cancellation of the unboxing order refers to Feitian Moutai, but the wine that is not unboxed has not yet arrived, and it is expected that it will arrive in the near future.” Another Moutai dealer in Beijing also Hold the same statement.

In addition, some Moutai dealers in Shanghai, Chengdu and other places said that they have not received a notice to cancel the “unpacking order”. A person familiar with the matter said that Moutai’s policy of canceling the “de-boxing order” may not have been fully implemented, and the timing of policy transmission in different regions is different. 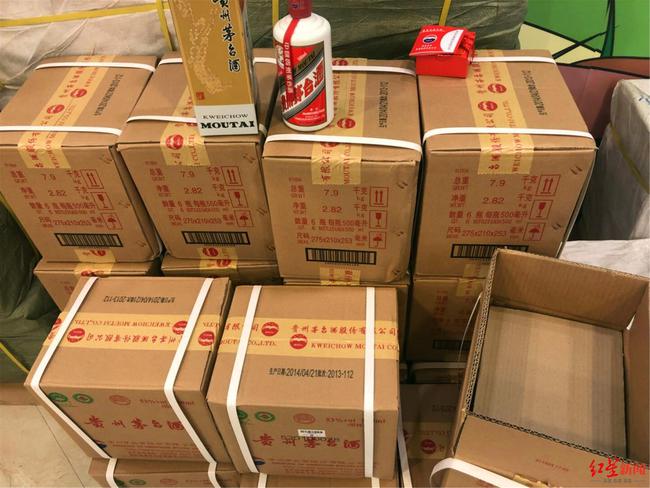 After the “Unboxing Order”, the carton box rose to 500 yuan each

The price of Feitian Moutai rises instead of falling

Moutai’s “unboxing order” began in January 2021. At that time, on the eve of the Spring Festival, Moutai increased its efforts to control prices and stabilize the market and launched the “unboxing order.”

The Moutai Sales Company stipulates: “From January 1, 2021, the Moutai specialty store system will unpack and sell 80% of Feitian Moutai every month at a price of 1499. Manufacturers will visit the store from time to time to check the unboxing and sales. The number of boxes, if it is found that the number of boxes is not up to the standard, the winery will impose corresponding penalties on the dealer.”

After half a month, Moutai increased the proportion of unpacking from 80% to 100%.

Moutai said that the “unboxing order” is to control prices and stabilize the market. In addition to unboxing sales, Moutai also introduced the cancellation of online “rush-buying” thresholds, announcing that all Moutai liquors that can be sold in 2020 will be put on the market, and the inventory will be cleared.

However, after the implementation of the “unboxing order”, the Moutai market became more and more crazy, the whole box of Feitian Moutai became a “scarce product”, and the carton of Moutai became a new hot spot for hype.

According to the Changsha Evening News, on August 27, other series of Moutai also began to implement the “out-of-box policy.” Prior to this, Li Jingren, deputy secretary of the Party Committee of Moutai Group, said that the company will conduct comprehensive research and judgment on the duration of unpacking sales based on the actual market. The unboxing sale of Moutai is to minimize the circulation links, guide open bottle consumption, and maximize consumer demand for drinking.

For a long time, the liquor products produced by Kweichow Moutai have actually formed a “dual price system” in the circulation process. Take 53° Feitian Moutai (hereinafter referred to as “Feitian Moutai”) as an example. Its terminal guide price is 1499 yuan/bottle, but the market price has been hovering at 3,000 yuan/bottle for a long time.

The “dual price system” has caused Maotai to be controversial and has also spawned a lot of chaos.

See also  Direct sales revenue does not include the "mystery" hidden in the semi-annual report of the supermarket and e-commerce Kweichow Moutai? _channel

According to a survey conducted by the Red Star Capital Bureau last month, it is often difficult for ordinary travelers to book rooms in the hotel, and some local chaos has also been caused by this. For example, if you want to stay in the hotel, you need to give the “scalper” 800 yuan-1200 yuan / day / room “benefit fee”, this money may flow to the hotel staff, or flow to the “leader” of the Maotai company.

This month, Kweichow Moutai said that from October 12th, guests staying at Moutai International Hotel will no longer be eligible to purchase 53% Feitian Moutai for 1499 yuan. If dining in the hotel, they can still purchase a bottle for drinking. , But the bottle must be opened on the spot, and the bottle needs to be returned after drinking.

Today, Moutai may cancel the implementation of the 296-day “unboxing order” policy, which is also interpreted by the market as that after Kweichow Moutai chairman Ding Xiongjun took office, his determination to suppress terminal market prices was firm. At the previous general meeting of shareholders, Ting Xiongjun said that the reform of the marketing price system must be reformed. The direction of the reform should be based on the market principle. It will focus on standardizing the original channels, exploring the development of new retail channels, optimizing the brand price system, and focusing on the return of Moutai. Product attributes.

Chinese consumer goods marketing expert Xiao Zhuqing once told the Red Star Capital Bureau that for Maotai, cost and supply and demand are the two major factors affecting prices. Under the premise of constant cost, adjusting supply and demand is the most effective means to adjust prices.

“Moutai’s unboxing sales previously harmed consumers’ rights and interests and violated product quality standards. It is now legal and compliant to cancel some of the unboxing orders for wine.” Xiao Zhuqing further said.

LIVE TJ – Slight shoulder sprain for Bernardeschi (VIDEO). No injury for Kean. I work in the gym and swimming pool for those who played yesterday. Tomorrow at 1:30 pm Allegri will speak

He Qinglian: Why has China’s economy survived until now? | US-China Trade | US Commercial Representative | Evergrande Crisis