Looking back at the September of the “Golden Nine Silver Ten” in the mobile phone circle, the iPhone 14 series was unveiled at the “Technology Spring Festival Gala” as scheduled, attracting countless consumers to stay up late to watch. However, there is a phenomenon of polarization in the iPhone 14 series, some models are selling hot, and some models are basically uninterested. At this time, a large number of users began to focus on the iPhone 15 series, and the news about the next-generation iPhone continued one after another. The new phone may be released as early as September 15 next year. Recently, Mobile China has learned that some media have summarized relevant revelations.

First of all, in 2023, the Lightning interface that Apple has used for many years may officially withdraw from the stage of history, and Apple will finally transition to the USB-C interface. This means users can charge their Mac, iPad and iPhone with the same cable. Because of EU regulations that require all iPhones sold in Europe by 2024 to be equipped with a USB-C port, Apple now faces two choices: use the USB-C port globally, or produce a “European Special Edition” for the European market. “iPhone, and Apple has previously confirmed it will comply with local regulations. In addition, Apple may use solid-state volume and power buttons on the iPhone 15 to replace the physical buttons that have been used for many years, which can further improve the waterproof level of the device; Smart Island may become a standard feature in the entire system. 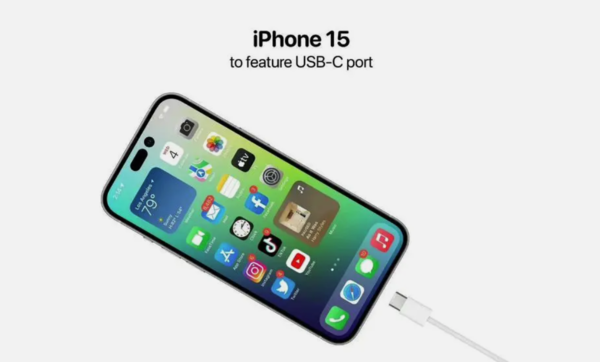 Rendering of the iPhone 15 series on the Internet

See also  Stock exchanges, Europe cautious between quarterly and waiting for the ECB

In terms of body size, as of now, there is no news that Apple will make major changes to the body size on next year’s iPhone 15, so its size will remain the same as the current product. The screen size of the iPhone 15 and iPhone 15 Pro is 6.1 inches, and the iPhone 15 Plus and iPhone 15 Pro Max are 6.7 inches. In terms of naming, Apple may replace the Pro Max version in the iPhone 15 series with an “Ultra” model, which may mean that Apple will limit certain features to the highest-end iPhone models. Earlier, it was reported that Apple is working on periscope lens technology, and this technology may be officially introduced to the market in 2023.

In addition, the iPhone 15 Pro may become the first model to be equipped with a 3-nanometer chip produced by TSMC, and the storage may be upgraded to 8GB. The purpose of upgrading the storage may provide support for some new features, such as periscope lens technology.

Focus on Apple news reports and push the latest Apple news every day. Scan the QR code below to follow the official WeChat of Apple Exchange (or search in WeChat: appleinc2012).

Iride, 22 satellites in Italy and investments for...

Confcommercio: consumption from thirteenths to the lowest for...

Noon, all investments: from Capgemini and Pirelli to...