On November 19, the Guangzhou International Auto Show opened in the Pazhou Complex of the China Import and Export Fair. As the last large-scale auto show of the year, the Guangzhou Auto Show not only gathers heavy models, but also highlights the new trends and trends of the auto industry in the coming year. Among the participating brands, Dongfeng Fengxing’s booth was particularly eye-catching, with a variety of star models appearing in a concentrated manner, and the trendy and cool detonated the audience.

As the Z generation grows as the main consumer group, “individuality” has become a key word in the auto market. However, before the emergence of the popular T5 EVO, the 100,000 to 150,000 compact SUV market that young people paid attention to rarely had enough individual brands. Most of the products emphasized economy and practicality, and it was difficult to touch the “excitement nerve” of young people. The popular T5 EVO, which went on the market at the beginning of the year, has changed the old face of the compact SUV market with the attitude of “the pioneer of the trendy brand SUV”, and the trendy and cool style has quickly become popular.

At the Guangzhou Auto Show, the Dongfeng Fengxing booth surrounded by visitors, especially young people, is the latest proof of the prevailing trend of coolness. “Beside me, more and more friends are talking about the popular T5 EVO, saying that this product’wins only by appearance’.” A post-95 who took a “fancy picture” of the popular T5 EVO with a mobile phone Visitors said, “When I came to the booth today and saw the real car, I was attracted by its appearance, especially the front face. At first glance, it looks like a beast ready to go. Which young man can Can resist this temptation!”

See also  The desire for mergers returns to Italy: in the half year operations for 42 billion

Xiao Zhang, a post-90s user who asked the booth staff about the “hundred thousand whys”, obviously came prepared. “I have been paying attention to the Fengxing T5 EVO for a long time.” He said that at first he was attracted by the appearance of the Fengxing T5 EVO. As his understanding deepened, he realized that it was a “strength faction who was delayed by the appearance.” When I checked the information, I found that the Fengxing T5 EVO is not only cool and trendy, but many configurations are comparable to 300,000-class SUVs. The safety, handling, and comfort are excellent. It has received a C-NCAP five-star evaluation and is also ranked among the majors. The race is at the top of the award-winning rankings. Today, let’s take a look at the real car, and I’m ready to go to the 4S store to place an order.”

The scene where the Z generation scrambled to watch is exactly the result of the Fengxing T5 EVO’s practice of the concept of “the pioneer of fashion brand SUV”. In the past one year since its launch, the popular T5 EVO has continued to be “cool and cool”. The popular T5 EVO heat wave version and the goddess version, which were strongly screened at the Guangzhou Auto Show, concentrated on showing the “new” achievements of the popular T5 EVO.

The popular T5 EVO heat wave version dressed in “Sunny Yellow” attracts a large number of users to check in with its strong modification style. Many visitors said that the color of “Sunny Yellow” is reminiscent of the performance car galloping on the track. The grille The bulging wheels at the China Open are similar to those of the “J-20 fighter”, instantly arousing the impulse and passion of young people. In addition to the embarrassing appearance, the interior of the popular T5 EVO Heatwave Edition is also very combat-style. The surrounding center console is full and layered. The deerskin wrap, headrest embroidery and carbon fiber steering wheel create a strong The atmosphere of the stadium.

See also  Will the box office be cool when the film is withdrawn and the film festival is postponed in August? 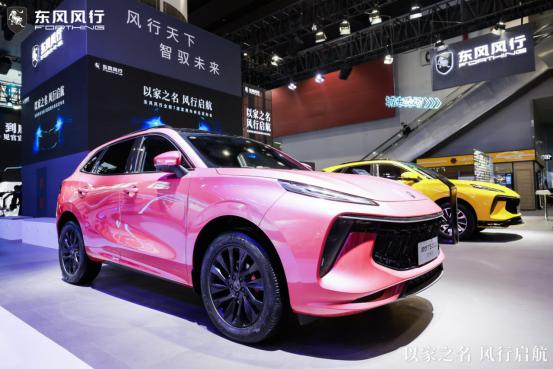 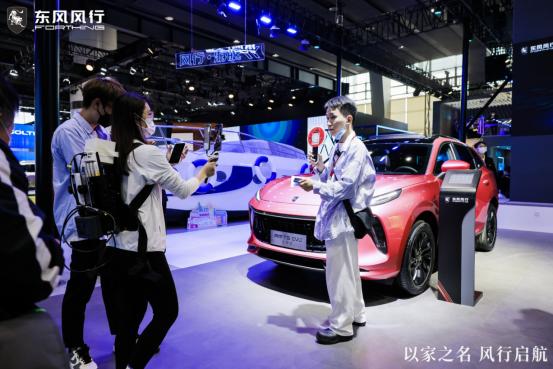 Cool, beautiful and trendy, the popular T5 EVO “inspired” on top of the “basic models”, and formed a new trendy category in the automotive circle with a serialized and family-oriented development idea. Under the full guidance of the Fengxing T5 EVO, the “car fashion brand” is moving from a niche to the mainstream vision, and has gained more and more attention and recognition from consumers. The trendy charm of the “trend brand SUV pioneer” is irresistible!

Show Luo comes back with a new song MV

Enertronica Santerno: contract signed for the supply of...