On August 5, China‘s first mecha hard sci-fi blockbuster “Tomorrow’s War”, directed by Wu Xuanhui, with Gu Tianle as the director and starring Gu Tianle, Liu Qingyun and Carina Lau, was officially released. The film’s high-burning action pictures, sophisticated special effects scenes, and novel types of mecha sci-fi were praised by the audience. As of 7:30 p.m. that day, the film’s box office has reached 95 million, making it another blockbuster this summer.Do the netizens of the cover news want to enjoy this top Chinese sci-fi film for free?There are benefits at the end of the article.

Before the premiere of “The Battle of Tomorrow”, a large-scale advance viewing event was held. The director and starring Gu Tianle were surprised to participate in the post-screening connection and had an in-depth interaction with the audience. At the same time, they shared the filming of “The Battle of Tomorrow”. More insider behind the scenes. “I have always liked science fiction films since I was a child, and it has been my ten-year dream to use my own team to complete a Chinese science fiction film.” As Gu Tianle’s dream work, “Tomorrow’s War” poured his love for science fiction.

“Tomorrow’s War” is doing well at the box office

In the story of “Tomorrow’s War”, the environment of the future world continues to deteriorate, and the air is full of harmful substances. Human beings can survive in the “sky curtain” protective cover they have built, but they do not want a meteorite to fall to the earth and bring extreme lethality. Strong aliens. Faced with the sudden change, Tai Lai, played by Gu Tianle, leads the future soldiers to prepare and resist with all their strength.

The human mecha armaments that appear in the film are the most eye-catching: the air battleship “Giant Whale”, the escort aircraft “Flying Fish”, the mechanical beast “Qianqi”, the heavy killer “Xingtian”… The complex mechanical design is on the big screen Shows a rich, fine-grained detail. In order to ensure the effect of the film, create a more realistic scene, and bring a shocking visual experience to the audience, “Tomorrow’s War” took nearly 10 years from the preliminary preparation to the post-production completion. Mecha. 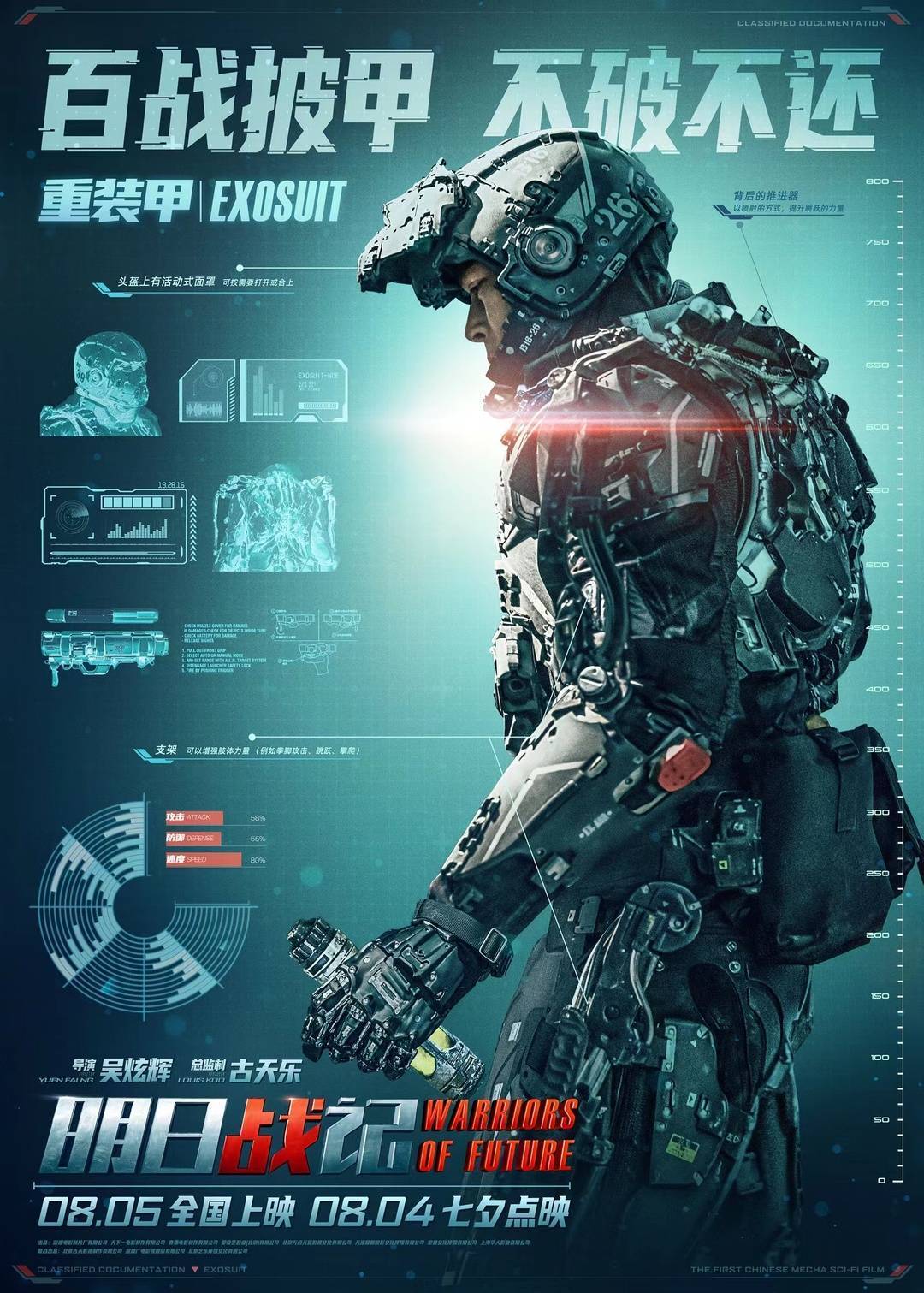 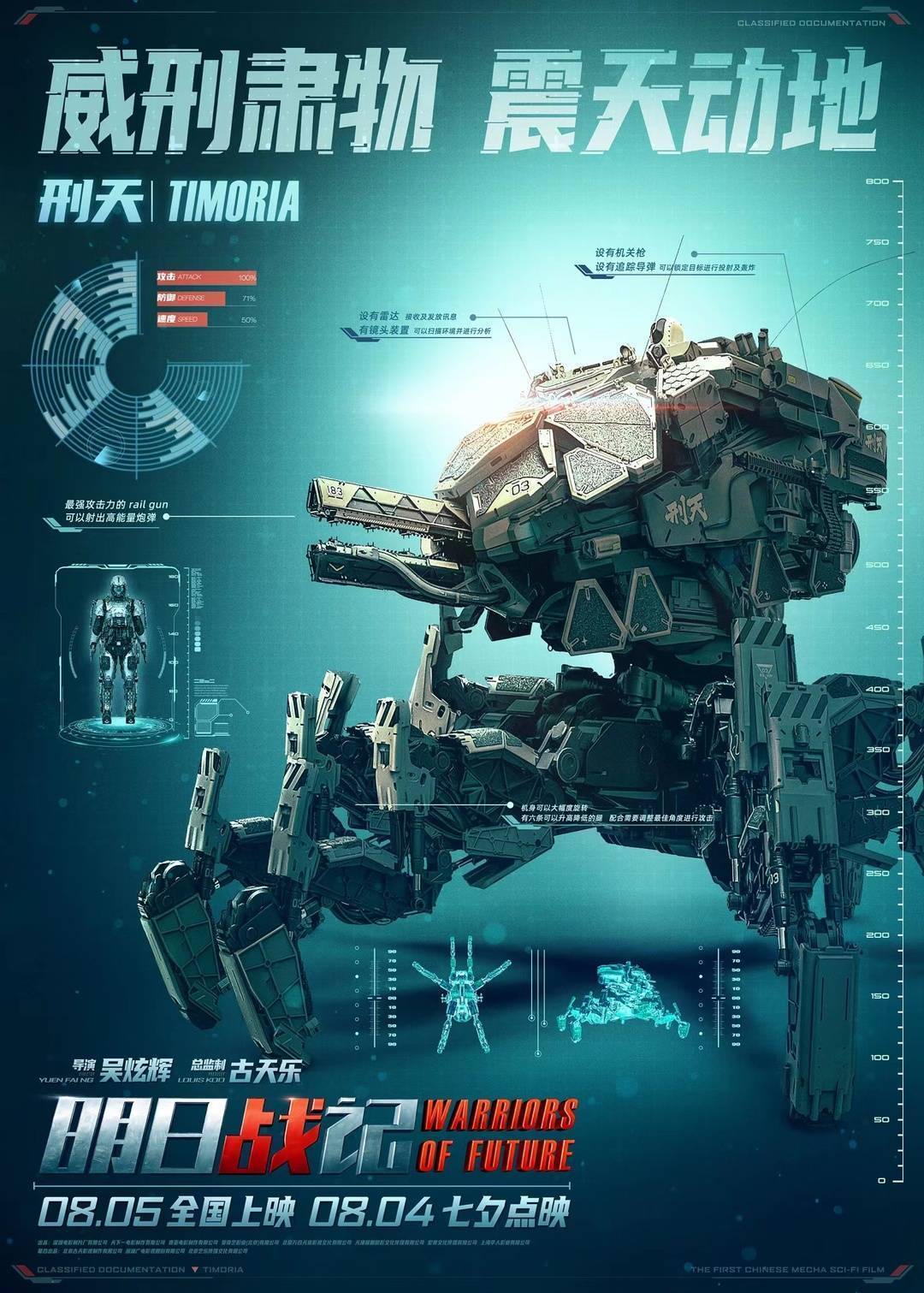 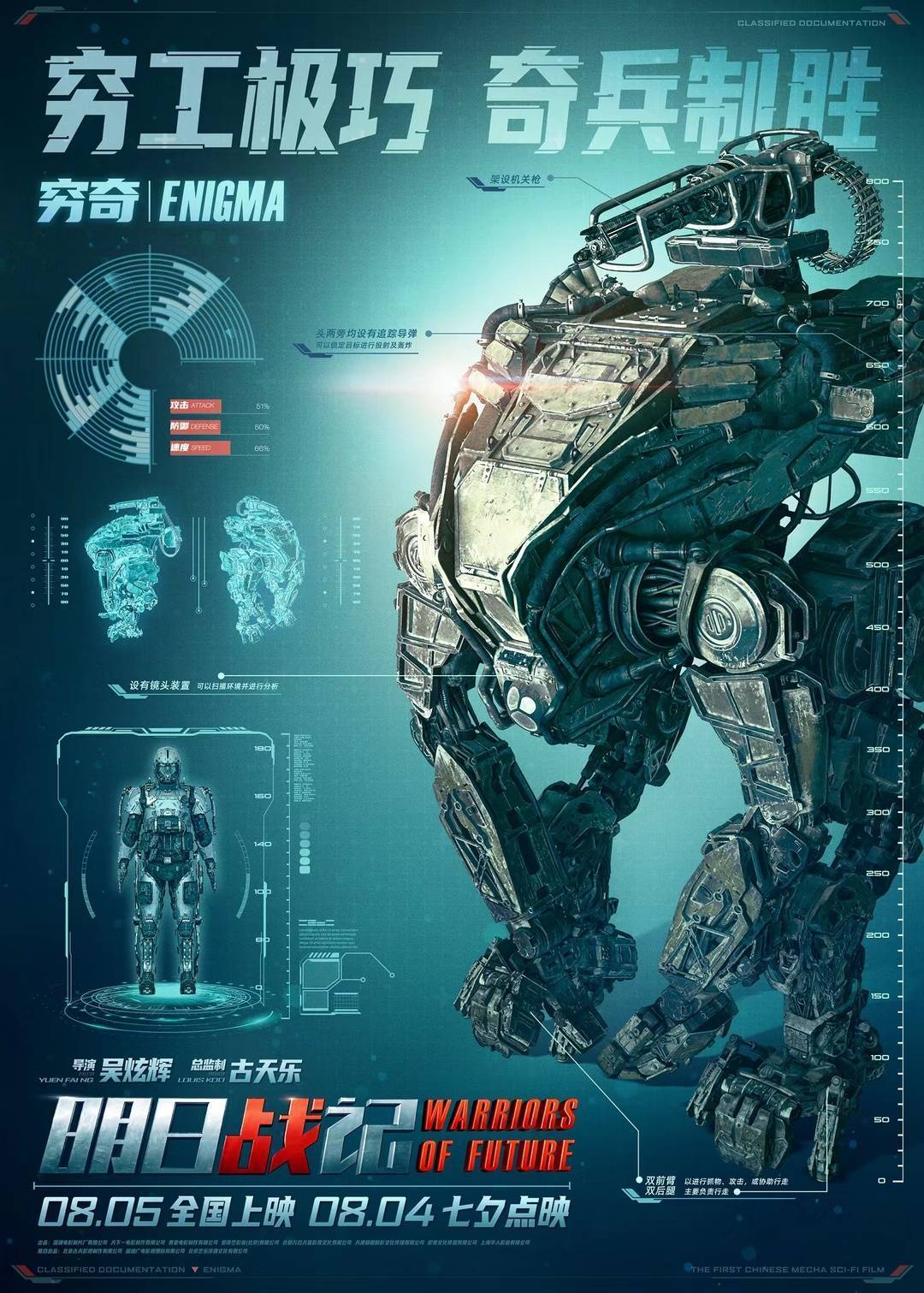 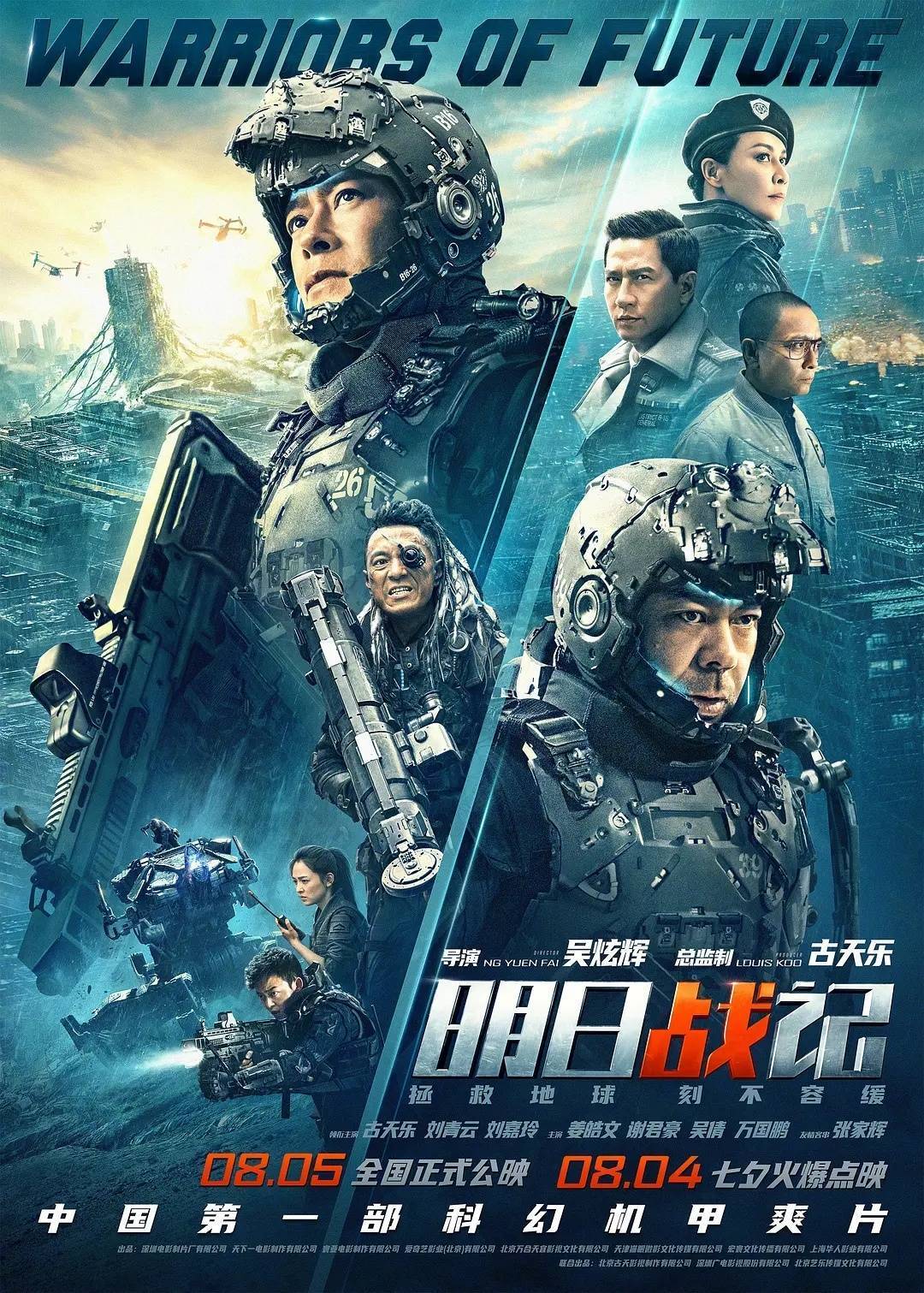 It is understood that the post-production special effects team of the film is called Tianxia Yi. It has previously participated in the special effects production of many domestic blockbusters. The international-level special effects level escorts the visual effects presentation of the film. The main creative team strives for excellence in every step, and strives to make this first Chinese mecha science fiction work recognized by the audience.

In terms of the cast, “Tomorrow’s War” has assembled a heavyweight starring lineup composed of Louis Koo, Liu Qingyun, Zhang Jiahui, Carina Lau, Xie Junhao and others. These powerful actors who have won the honor of Best Actor and Actress at the Golden Image Award for several times are in the film. Contributed excellent acting.

In addition, there are also unique Chinese romantic settings in “Tomorrow’s War”, such as the mecha “Xingtian” and “Qianqi” with top lethality in the film, named after ancient mythology, cleverly combining traditional culture and future technology. combine.

In the film, the rebirth played by Liu Qingyun repeatedly expresses that “the ending is written by us”, which fully reflects the Chinese people’s tenacity and unyielding quality, and shows the unique feelings of the Chinese people. In an environment close to the end of the world, the protagonists work together to resolve the crisis, just like their names: Tailai, Rebirth, Panpan… No matter what kind of predicament they are in, this kind of national spiritual belief and cultural connotation are integrated into the blood. , rooted in genes, contains the film core of “hope” and the rich inner drive of characters, showing the unique charm of difference and Hollywood blockbusters.

Industry insiders believe that, in terms of material selection and production level, “The Battle of Tomorrow” embodies the creative spirit of Chinese filmmakers who have the courage to explore and try, and it is also another practice of the diversified and high-quality development of Chinese science fiction film and television works. 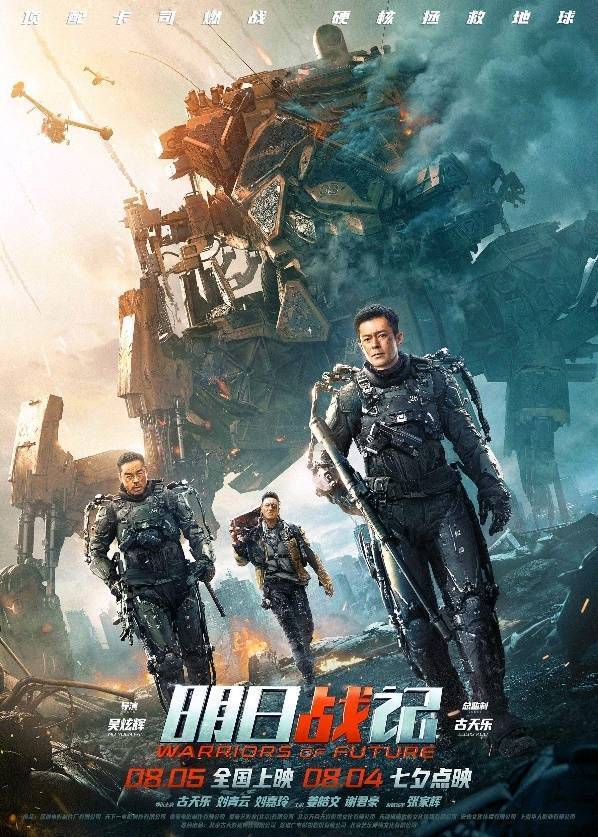 Leave a comment below the manuscript, we will randomly select 15 viewers, and each will send two copies of the national movie ticket redemption code for “Tomorrow’s War” provided by Maoyan Movies. Deadline for comments: August 6th at 12:00 noon.Return to Sohu, see more

Silas on the coaching team: Lucas will focus on offense, Hollins on defense – yqqlm

London, phallic statue on the campus of Imperial College: students in revolt for “image damage and offense to women”