China News Service, Guangdong News, August 1 (Reporter Cheng Jingwei) The “2022 Guangdong Excellent Movie Watching Promotion Conference and “Pig Man Movie·Ocean Diary” National Screening Event Promotion Conference” was held in Guangzhou on July 31. At the same time, a seminar salon was held at the promotion meeting, and the directors, experts and other people attending the meeting exchanged views on the theme of “Innovative Exploration of Animated Films in the New Era”.

As the seventh work of the Pig Man series, the “Pig Man Movie Ocean Diary”, scheduled to be released on August 6, tells the story of the superstar agent Pig Man who embarks on a new mysterious underwater mission, but unexpectedly discovers that there is a hidden undersea mission. The story of the huge crisis in the ocean world, and the constant overcoming of difficulties in the process, to save and protect the ocean with courage, wisdom and love.

In this regard, Zhong Yu, the chief director of the film, said that the new film still adheres to the original intention, entertains and educates, and creates and designs stories from the perspective of children. He also said that since he entered the industry in 2007, he has been doing animation from scratch, and he will encounter various difficulties in the production process, but the team still insists on launching a big movie every year and constantly creating stories with an international perspective.

See also  Rearrangement is the all-round inheritance of the classics

Xie Deju, the director of the Best Children’s Film “Little Starlight”, believes that the key to telling a good children’s film story is to step on the ground and look up at the stars, “Children’s films and animated films are art that carry dreams, and their imaginations can be endless. big.” 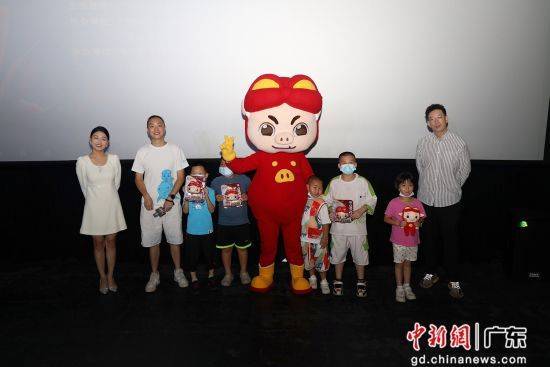 On-site presentation.Photo courtesy of the correspondent

Zhong Ding, a professor at the School of Visual Art and Design, Guangzhou Academy of Fine Arts, said: “First, from the perspective of cultivating students, I hope to have a good creative vision. In the selection of materials and topics, in addition to traditional myths, we can also pay attention to marine resources. Second, we must Have a good understanding of the quality of film production. The third is from the perspective of execution, to master the latest technology and the latest process.”

In order to promote the construction of a cultural bay area and a strong cultural province, and further promote the high-quality development of the film industry in Guangdong Province, the Guangdong Provincial Film Bureau has been hosting the “Guangdong Excellent Film Watching Promotion Conference” since 2020, and has recommended a number of high-quality Guangdong-produced films. , and held a number of Guangdong film salons. (Finish)Return to Sohu, see more