Show the great anti-epidemic spirit with real stories, the anti-epidemic movie “Wuhan, Hello! “Officially scheduled to be broadcast on November 12th, exclusively on iQiyi. The film is directed by Shandong Broadcasting and Television Bureau, produced by Shandong Film and Television Production Co., Ltd., Liu Fan is the chief planner, Wang Haiqing and An Yimeng are the producers, Wenjiang Zhang is screenwriter, directed by He Mu, Qiao Mu, Gong Tiankuo, Shan He, Starring Haas Gaowa, Niu Li, Gong Hanlin and other friendly actors.

“Wuhan, Hello! 》Adapted from the real events of the Shandong Aid to Hubei Medical Team, it tells the touching stories of Shandong Aid Hubei nurse Ding Xiaotong, volunteer Qiu Tian, ​​and patient Aunt Duan in the epidemic, and the whole people are united in the fight against the epidemic. Seeing the earth has interpreted the great anti-epidemic spirit of “life is supreme, the whole country is of one heart, giving up life and forgetting death, respecting science, and sharing destiny”.

Focus on the “eye of the storm” of the epidemic

“Wuhan, Hello! “Producer Wang Haiqing introduced that when the epidemic is raging in 2020, I saw the news about the Shandong people’s “moving support”, the Shandong aided Hubei medical team is not afraid of difficulties, not afraid of danger, reluctant to turn back, and heroic “retrograde” touching deeds emerged on the news. In response to the creative impulse, Shanying, as a state-owned cultural enterprise, has the responsibility and obligation to create a film that demonstrates Qilu’s style and China‘s responsibility. Immediately, under the guidance of Shandong Broadcasting and Television Bureau, intense creative work began.

Wuhan was one of the hardest-hit areas of the epidemic at that time, and it was also the place where the Shandong aided Hubei medical team fought. Numerous touching stories have occurred here. After the epidemic stabilized, the main creative team visited Wuhan to collect materials and interviewed more than a dozen members of the Shandong Aid to Hubei Medical Team. They were deeply moved by the stories that happened here. In the end, the main creative team decided to cut from the most ordinary perspective and reflect the great anti-epidemic spirit with a small view.

“True” is “Hello, Wuhan! 》The unremitting pursuit of artistic quality. In the film, there are not only the tense scenes of Ding Xiaotong and other medical workers vying to rescue patients from the “sick”, but also the touching stories of volunteers such as Qiu Tian, ​​regardless of danger and silent dedication, as well as patients such as Aunt Duan gradually getting rid of resistance and regaining consciousness. In the face of the changing course of life, these plots derived from reality collectively portray the tension and life situations during the epidemic. In order to restore the real scene to the greatest extent, the film also built a “square cabin hospital” as the main scene to ensure the realism of the film’s narrative space.

The strength team is the main creative

To ensure the high-quality creation of the film, Shanying built an excellent creative team for the project. The film’s chief planner Liu Fan (Special Allowance Expert of the State Council, Member of the Standing Committee of the CPPCC National Committee, Deputy Director of the Hong Kong, Macao and Taiwan Overseas Chinese Committee of the CPPCC National Committee, and Vice Chairman of the Central Committee of the National Revolutionary Committee of the Chinese People’s Political Consultative Conference “Nian” and the novels “Ili River Valley” and “Xu Family by the River”, won the “Five One Project” Excellent Book Award of the Central Propaganda Department’s Spiritual Civilization Construction, China Book Award, etc. The film “Ili River Valley” written by him won the “Best Foreign Language Feature Award” at the Hollywood International Film Festival in the United States, and was selected to celebrate the victory of the 19th National Congress of the Communist Party of China. Liu Fan’s hometown is in Huanggang. In order to repay his hometown and express his gratitude for Shandong’s assistance to Huanggang, he tried his best to make suggestions for the project and make the theme and storyline of the film to a higher level. At the same time, he also actively coordinated with all parties to provide conditions for the smooth shooting of the film.

Producer Wang Haiqing has served as the planner and producer of nearly 40 film and television series such as “Crossing Guandong”, “Ma Xiangyang Going to the Countryside”, “Langya Bang”, “The Pretender”, “Ode to Joy”, “The Road to the Sky” and “The Donkey on the Tree” series Work, participating works have won many national awards such as the Five One Project Award of the Central Propaganda Department’s Spiritual Civilization Construction, Feitian Award, Golden Eagle Award and so on. Screenwriter Yang Wenjiang, his representative work “The Donkey on the Tree” is known as the “No. 1 Internet Theme Movie”, and won many awards including the 2019 Beijing Outstanding Online Audiovisual Program Outstanding Online Movie Award. The second film of the film “The Donkey on the Tree” “Donkey Moving” also achieved a double harvest of social and economic benefits. “Wuhan, Hello! “From the production to the screenwriter and then to the planning team and the “Donkey on the Tree” series, continue to cultivate the creative position of the main theme of the Internet with a warm realist character.

“Wuhan, Hello! “” is He Mu’s directorial debut. He has participated in the creation of many excellent film and television dramas such as “Ma Xiangyang Going to the Countryside” and “The Taste of Warmth”. The launch of new directors is a bold attempt by Shanying to cultivate outstanding talents, and it is also a reflection of Shanying’s tradition of “passing and leading”. In order to realize the director’s creative concept, the production department fully cooperated and escorted him. Director He Mu also lived up to his expectations. Through ingenious conception, moving stories, and delicate image language, he presented a unique style of resistance to the audience. Epidemic theme film. 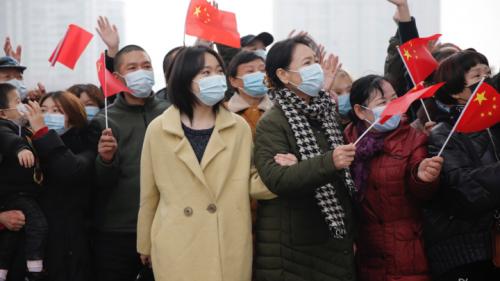 The joining of powerful actors such as Haskowa and Liu Yajin ensured the artistic quality of the film. Haskowa left a deep impression on the audience in popular film and television works such as “The Family of Pink Fans”, “Under the Zhengyang Gate” and “An Ju”. This time, she was in “Wuhan, Hello! Aunt Duan, who plays in “Auntie Duan, is a person infected with the new crown virus. She vividly interprets her mental journey from despair to embracing hope with her quiet and restrained performance. Niu Li, Gong Hanlin and others have appeared in special performances, which also brought great surprises to the audience. What kind of sparks will the predecessors and the new generation of actors collide with is something to look forward to. 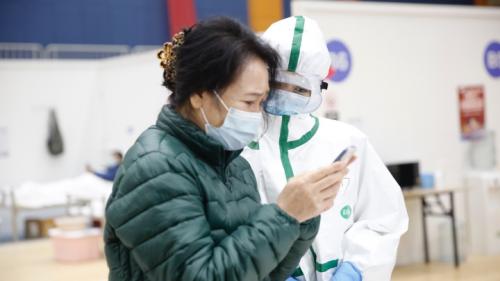 Young actors such as Qiao Mu and Gong Tiankuo tried to accurately convey the true status of medical workers and volunteers under the epidemic with their superb acting skills. Qiao Mu can be called a “disfigured performance” in the play and will definitely leave a deep impression on the audience. In the film, she plays the role of a nurse from the medical aid team in Hubei. She humbly consults medical experts on every detail including dress code and professional actions. Because of wearing protective clothing, goggles and masks for a long time, her cheeks are strangled by the mask. The skin was soaked in sweat and turned pale. Qiao Mu said that through this shooting, I have a more profound experience of the nobility and greatness of medical workers. This is also “Wuhan, Hello! “The value of this film. 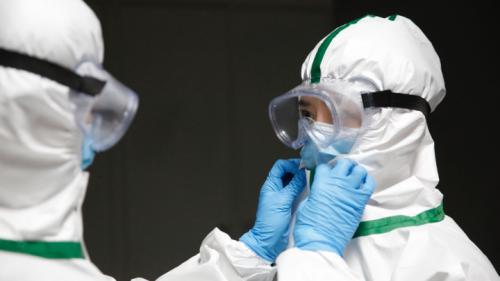 On November 12th, let us lock in on iQiyi and feel the warm and upward moving force of the epidemic together!

Winter Olympics 100 Questions | How fast is the snowmobile called “F1 on Ice”? -Chinanews