Original title: The cover meeting room | The audience’s unforgettable “Agarwood” has grown up and talked with actor Cao Jun about the past and future

Some viewers know Cao Jun from “The Little Monk of True Destiny” and “The Grand Master of Nine Years Old County”, and some viewers know him from “The Lotus Lantern”. These TV series have brought us too many memories, no matter which one is mentioned, it is a “memory killing”.

Cao Jun, who has been filming since he was 8 years old, has been in the industry for 26 years. He has long since changed from the clever and lovely child in the memory of the audience to an adult. On August 8, it happened to be the 26th anniversary of Cao Jun’s debut, and the high-definition repaired version of “Lotus Lantern” has also been launched on the video website. On this nostalgic day, the cover reporter chatted with Cao Jun about past and future work and life.

In the interview, talking about his recent work, Cao Jun revealed that he has prepared several works waiting to meet the audience. Among these works, the first to meet the audience may be “The End of the Sea is the Prairie”, which has just been shortlisted for the main competition unit of the Tiantan Award at the 12th Beijing International Film Festival. The film was directed by Er Dongsheng and co-starred by Ma Su, A Yunga, Wang Qiang, Cao Jun, Huang Yao, Bai Yufan and others. Talking about the opportunity for this performance, Cao Jun also bluntly expressed his gratitude to director Er Dongsheng: “I am very grateful to Director Er for giving me the opportunity to join such a rigorous, serious and professional crew. It feels very good.”

Cao Jun and Director Er Dongsheng met on a variety show. In the program, director Er Dongsheng once expressed his approval of Cao Jun’s acting skills. In this cooperation, Cao Jun plays Li Defu, a Chinese language teacher. “Li Defu is a very kind and caring teacher. He loves children very much, and even made a cane suitable for children for the adopted child.” “The End of the Sea is a Grassland” is based on “Three Thousand Orphans In order to better perform the role, Cao Jun not only learned about this history in advance, but also learned Mongolian language.

“The End of the Sea is the Grassland” stills

“I still use a little bit of Mongolian when I’m in class in the movie. I’ve never been in contact with it before, so I learned from the language teacher of the crew. Mongolian intonation is difficult, even if I practiced it many times during filming, I still feel The taste is not so right. On the set, when the Mongolian teacher said something, I would retell it immediately, and it was very fun.” This kind of “babble learning” experience made Cao Jun feel novel.

The shooting on the grasslands of Inner Mongolia also gave Cao Jun an unforgettable experience. Cao Jun remembered that the wind was strong and the sun was abundant here, and Director Er Dongsheng tanned a lot; the food here was delicious, and the crew often ate together. The working atmosphere here is very good. The colleagues in the crew are very serious. He was very happy to meet Ma Su, Wang Qiang and others who had recorded the same show again. “Sometimes we don’t finish work so late, and we also have dinner together. I remember the first day I arrived in the crew, Director Er invited everyone to have a meal together, and it felt like I was welcome to join the crew.” Cao Jun said.

26 years into the business without changing the original intention

The audience can’t forget “Agarwood”, and it is also a nostalgia for the old days

Since he entered the entertainment industry at the age of 8, Cao Jun has been in the industry for 26 years. In the past 26 years, Cao Jun has created many vivid characters. Some time ago, the launch of the TV series “Lotus Lantern” on the video platform also allowed the audience to relive the good drama in their memories. In the barrage, the audience can’t help but miss the past: “It’s still good in the previous drama”, “How vividly the previous actors acted”. In this regard, the reporter also chatted with Cao Jun, what is the “magic” of “Bao Lian Lantern”, 17 years after the broadcast, the audience still cherishes it. “Everyone misses the previous works, of course out of love for this work. But in fact, every one of the movies and TV dramas that we watched when we were young will leave a deep impression on ourselves. I think more, it is A kind of nostalgia for our childhood, nostalgia for a certain summer, a certain holiday,” Cao Jun said, “There are very good works in the past and now. It’s just this kind of nostalgia that makes everyone feel good about the things you saw when you were young. Something that is particularly unforgettable.”

In his 26-year career as an actor, he has experienced highs and lows. Under the circumstance that his acting career is very good, Cao Jun still chooses to give priority to completing his university studies. “I started filming by accident when I was a child. Later, I spent a lot of time in the film crew in elementary school, junior high school, and high school. But I don’t think I should give up my studies, so I still choose to go to university to study and let myself calm down. Then I come out and shoot works. When I was there, everyone could feel that I had grown up, and there were different things in acting. So my studies had to be completed.”

See also  Gualteri presents the council, six men and six women: "We will talk with the facts"

When Cao Jun returned to the entertainment industry with all his heart, the industry had undergone tremendous changes. The involvement of online video has completely changed the industry. Cao Jun also said that this is the biggest change he felt after returning.

Although the costume drama made the young Cao Jun famous at a young age, but he returned to the entertainment circle, and he also accepted the test of different themes and different types of roles. In the past two years alone, Cao Jun has appeared in the revolutionary historical drama “Glory and Dream”, the period drama “Lush”, the rural drama “On the Field of Hope” and so on. When talking about the script and characters, Cao Jun said frankly: “Although I want to try different roles, I think the most important thing is that the role should be suitable for him.” 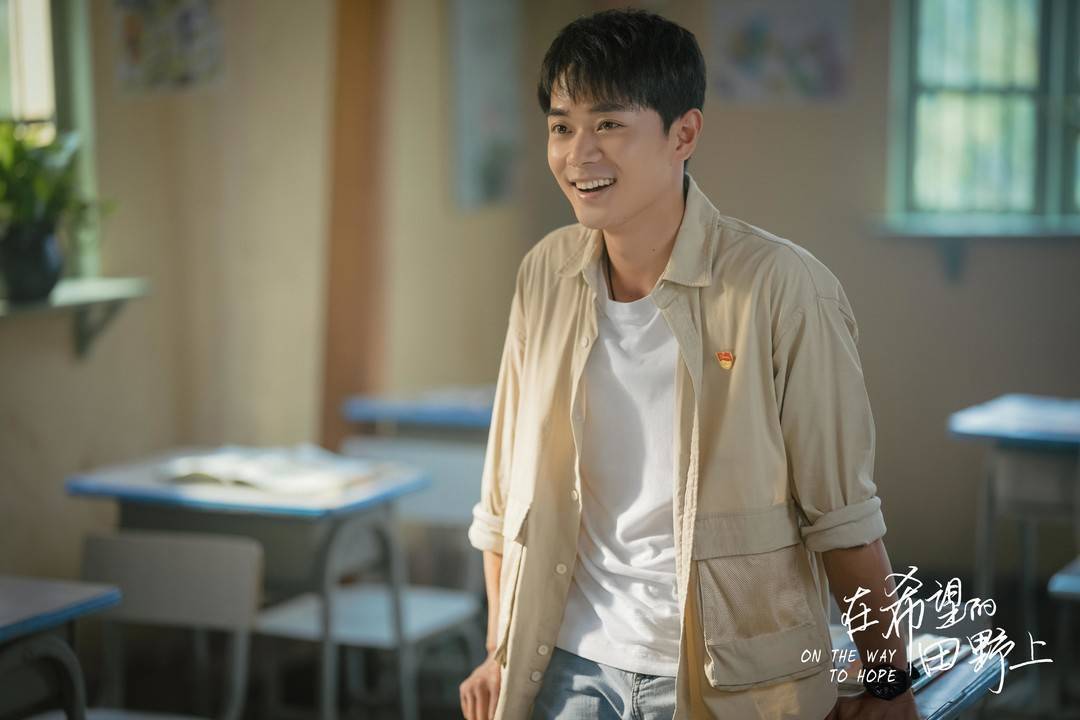 “In the Field of Hope” stills

Looking back at his acting career, Jun Cao said that it was his love for performances and the support of the audience that kept him going all the way. “When I was a kid, I thought it was a pleasure to work in the crew, and I felt that the roles I played were fun and interesting. At that time, many audience members wrote letters to my school, and read everyone’s recognition and support for me. I am very happy to receive such a feedback.” So now Cao Jun is also continuing to move in this direction: “Acting is my career, in fact, my views on acting work have not changed, I still hope Through the role, I can bring surprise and joy to everyone.”

Cao Jun: The experience of these years is like growing up with everyone

Cover News: What are you busy with recently?

Cao Jun: I just went to Tibet some time ago and recorded a TV program. Later, he joined the crew and filmed a play called “Worry-free crossing”, which happened to be at work during this time.

Cover News: What works have you prepared to meet with you?

Cao Jun: In the second half of 2021, a drama called “I am a criminal policeman” will be filmed. This TV series tells the story of China‘s criminal police industry. From the end of 2021 to the beginning of this year, I participated in the filming of the period drama “Lush”. Some time ago, I participated in the filming of the movie “Changan·Changan”. It’s basically a work of one play after another, and there are several works that are about to meet with you.

Cover News: You have been acting since you were 8 years old. Under what circumstances did you get into acting?

Cao Jun: Actually, acting is a very accidental opportunity. When I was a child, I was interested in martial arts. When I went to learn martial arts, “The Little Monk of True Life” was selecting the male lead, and I was selected.

Cover news: This time we filmed “The End of the Sea is a Grassland” in Inner Mongolia. Could you share with us your favorite food?？

Cao Jun: I remember that our crew went to eat local barbecue, and we often eat together. The barbecue over there is delicious. 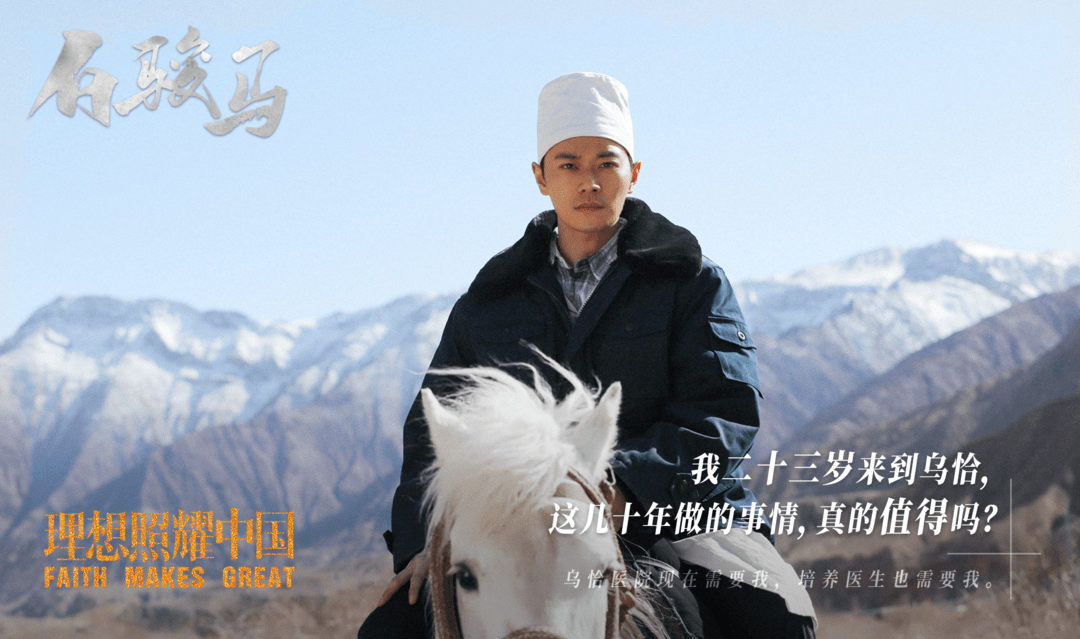 Cover news: This is the 26th anniversary of your debut, are you ready to surprise fans?

Cao Jun: This time I prepared a single “Jet Lag” for everyone.

Cover news: How did you think of crossing the border to prepare such a single?

Cao Jun: I usually like music, and I also practice guitar and singing. It just so happened that the producer of this song contacted us, and after listening to it, I thought it was very good. In the 1999 TV series “Lotus Boy Nezha”, I sang the theme song and ending song myself, and I once released a solo album.

Cover News: It’s also your debut anniversary. Do you have anything to say to the audience who support you?

Cao Jun: I really appreciate everyone’s support along the way. Some audience friends may have known me from my first play “The Little Monk of True Life”, and some may be the later “Master of Nine Years County” and “Bao Lian Lantern”, although everyone may know me and see me. The timing of my work varies. But everyone has always supported me, and this kind of encouragement and concern has also given me a lot of motivation. It feels like growing up with everyone. I hope that some of my next works and roles can bring you some joy and strength.Return to Sohu, see more

From the satellite lake to the whole country: a 26-year wait for a “civilian college” – DoNews

my country opens a new stage of Industrial Internet 2.0

HER SENSES at Ontimeshow 2023SS with “restrained” aesthetics