On the 15th, the National Games, the highest-level comprehensive sports event held every four years in China, will officially open at the Xi’an Olympic Sports Center Stadium.

This year marks the 100th anniversary of the founding of the Communist Party of China, and it is also the first year of the new journey of building a modern socialist country in an all-round way. The opening of the 14th National Games at this time is of great significance and a glorious mission.

“Qin has a sharp man, who will fight for the front.” Everything is ready for the 14th National Games, waiting for the opening. Shaanxi people have taken solid steps on the road of building a powerful sports nation, creating a miracle in the west.

At the 2010 Shaanxi Provincial Sports System Leaders Conference, an exciting news came out. Shaanxi is preparing to build a large-scale Olympic Sports Center in the western suburbs of Xi’an that can undertake the opening and closing ceremonies of the National Games, as well as track and field, swimming, shooting and archery competitions, and bid for the 13th National Games.

This is the countdown card of the Xi’an Olympic Sports Center taken on September 14.Photo by Xinhua News Agency reporter Wu Gang

In that winter, 6,000 college students gathered at Xi’an Jiaotong University to jointly sign and wish the bid a success. Thousands of people in Xianyang city held a fitness rally, Ankang city held a winter swimming competition, and Hanzhong city held a fun sports meeting… The children of Sanqin had a different expectation. They were eager for Shaanxi Province, where Xi’an was the ancient capital of the thirteen dynasties, to get it. The right to host the 13th National Games.

In the face of defeat, Shaanxi sports people have never given up.

See also  It’s beginning of autumn today, but it’s still early in autumn. The next seven days Hangzhou will still be rainy or thunderstorm

In August 2014, Dong Li, deputy director of the Shaanxi Provincial Sports Bureau, revealed that Shaanxi intends to bid for the 2021 14th National Games. In his view, Shaanxi has two favorable conditions for bidding for the 14th National Games: Shaanxi has built a number of venues in recent years, and the hardware facilities have a certain foundation; in recent years, Shaanxi has hosted a number of international events and has accumulated experience in hosting games and a team of talents.

At the beginning of 2016, Shaanxi Province was officially approved to host the 14th National Games! 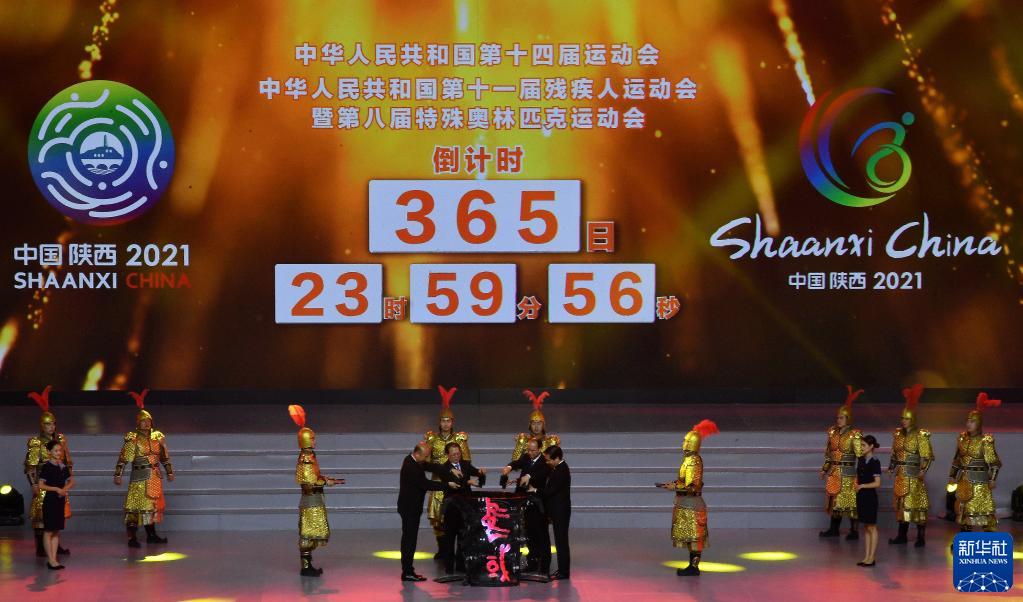 Do not forget the original intention and keep the mission in mind. Shaanxi, which witnessed the supreme beauty of Chinese civilization during the Zhou, Qin, Han and Tang Dynasties, and Shaanxi, which witnessed the red sports industry on the Loess Plateau, helped the Chinese revolution process, finally contributed to the “home” journey of Chinese sports in a certain sense.

The 14th National Games is the first National Games held in western my country. Shaanxi will complete the construction of 53 venues and facilities within a short period of time, of which 30 new venues will be built.

Affected by the new crown pneumonia epidemic, the construction of the venues for the Shaanxi National Games once faced many challenges. At critical moments, event organizers innovated working methods and methods, improved efficiency, rushed to schedule, and rushed to ensure that all newly built or renovated venues and facilities were completed on schedule, creating one after another “National Games speed” and “National Games miracle.”

This is the Xi’an Olympic Sports Center, the main venue of the 14th National Games, taken on May 22, 2021 (drone photo).Xinhua News Agency

See also  Building a benchmark city for the global digital economy, Beijing releases a roadmap for the next ten years

At the beginning of 2020, on the construction site of the Xiacross Bahe Tunnel Project, a supporting project for the National Games, the project implemented a “fully enclosed and zero flow” management method to ensure that “epidemic prevention is not loose and the construction period remains unchanged.” “The original personnel do not appear on the site, and the outsiders do not enter the site. Workers will be picked up by special vehicles from the construction site to the dormitory,” said project manager An Sanqian.

At Northwest University, the Chang’an campus gymnasium was not confirmed as the official venue for the 14th National Games until May 2018. “We are required to complete the project in March 2020. It should be said that the pressure is very high. Catch up with the epidemic last year and affected the three-month construction period. However, this is a glorious mission carried by our school and must be completed without compromise.” Xi Jiami, vice president of Northwestern University, said, “We have managed to achieve 800 people online at the same time through scientific management. We continued to construct, grabbed the construction period, and completed the project on schedule.”

At the beginning of 2020, after communication and coordination with relevant departments, 12,000 square meters of plastic track materials were transported from Italy to Xi’an via the China-Europe Express “Changan”, ensuring that the Xi’an Olympic Sports Center Stadium, which will host the opening ceremony of the National Games and track and field competitions, will be held in 2020. The construction was officially completed and delivered on July 1. In January of this year, the Xi’an Olympic Sports Center’s stadium and warm-up field were certified by the World Athletics Federation, reaching the highest standards for the construction of the World Athletics Federation. The conditions for world-class events such as the Golden League. 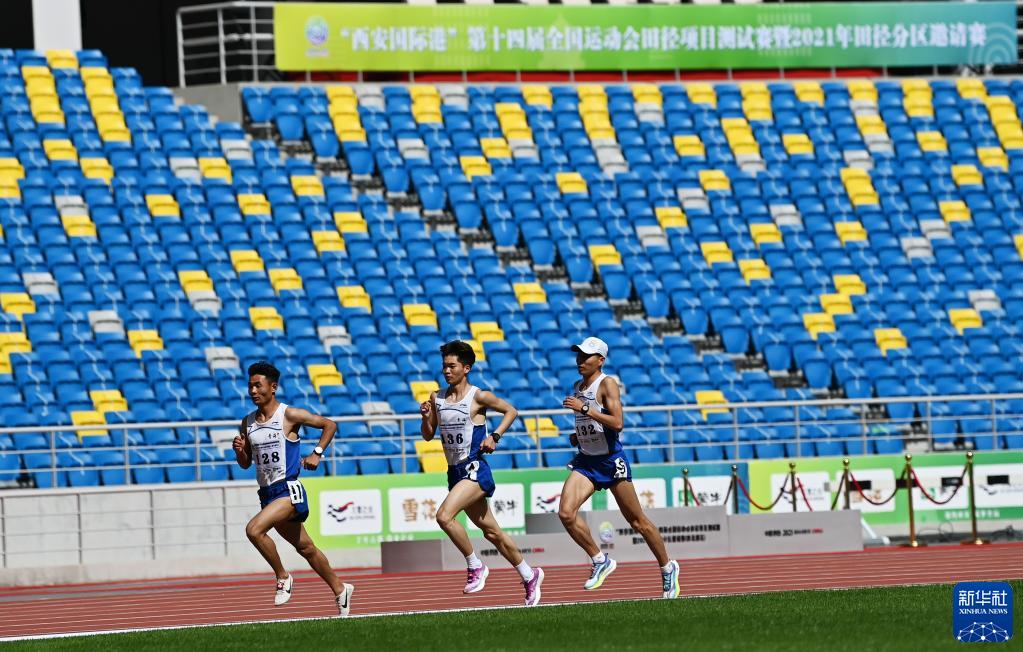 On August 2, 2019, the South Gate Square of the Ming City Wall in Xi’an. The emblem of the 14th National Games “Ritual Jade Bi” and the mascot “The Four Treasures of Qinling” were officially unveiled.

The Shaanxi National Games ushered in a 100-day countdown, and the torch “flag” met the world. This torch symbolizes the earth-shaking changes that have taken place in China under the leadership of the Communist Party of China. The upper part of the torch is designed with rich layers, tension and dynamics, and it is layered with golden edging. The design of the vent is inspired by Shandan Danhua, which has a strong Shaanxi regional culture. 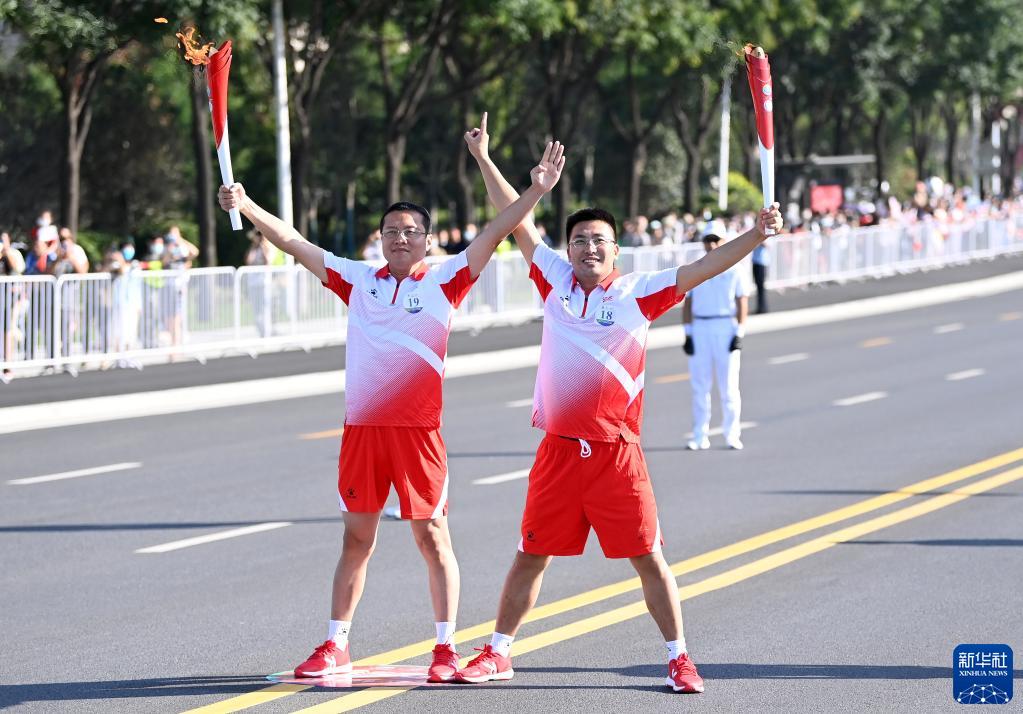 On July 17, at the foot of Baota Mountain in Yan’an City, Olympic champion Guo Wenjun and Paralympic champion Zhai Xiang, accompanied by the flame girl, ignited the torch of the 14th National Games and the Paralympic Games before picking firearms.

At about 10:20 am on September 12, with the last torchbearer and Shaanxi martial arts athlete Wu Yanan, the torch relay of the 14th National Games and the Paralympic Games ended. Light up the torch at 14 sites on the land of Sanqin, return to the tinder lamp, and wait to light the main torch tower at the opening ceremony of the National Games.

A sports feast is ready to go. The Chinese sons and daughters who have completed the first centenary goal are concentrating their efforts and forging ahead to achieve the second centenary goal.

The sacred flame that is about to bloom at the opening ceremony will also “light up” the “spiritual fire” of the Chinese people’s struggle for a strong nation.

OECD: in Italy future retirement age among the...

Beijing has rain and snow tonight, can it...