Home Sports Antetokounmpo: James is still the strongest today, I like to play the chaser
Sports

Antetokounmpo: James is still the strongest today, I like to play the chaser

On September 25, Beijing time, Giannis Antetokounmpo was interviewed by Greek TV before returning to the United States. He talked about many topics, including why he didn’t want to train with other stars and why he didn’t seem to be affected by other players. Respect, who is the best player in the league in my heart, etc.

Antetokounmpo just led the Bucks to win the NBA championship, but he didn’t want to listen to others calling himself a champion. “Don’t call me champion. If all you hear is praise, you should relax and don’t get too immersed in it. I don’t want to be in that environment.”

Mentioned that he did not train with other stars, Antetokounmpo said: “I can’t pretend, I am Giannis. If you call me MVP, champion, or best player in the world, it will drag me down. Legs. I don’t want this, I want to keep going and get better. That’s why I don’t train with other players, I don’t want to be brothers with them. If we train together and then sit down and have a cup of coffee together, How can I fight them with my elbows in the game? How can I block them or buckle them? I can’t do it because I am a real person. If I love someone, I will love him on the court. I know Really realized this, so I would not let myself have the opportunity to be friends with them in the first place.”

Although he has become a top star in the NBA, Antetokounmpo does not seem to be respected and recognized by his peers like other young stars. He himself does not understand why. “I don’t know the reason, maybe it’s because I’m not from their system, but neither is Luka Doncic, I really don’t know. Maybe it’s because my game is a different kind of game, maybe they just don’t like it.” Said Brother Antetokounmpo.

Antetokounmpo has had “great grievances” with many people in the NBA, and his confrontation with James Harden has made people talk about it. Earlier, Harden stated in an interview that he did not have the physical talent that can dominate the game with just one run and one jump. He wanted to polish his skills. Combined with the friction between Antetokounmpo and him at the time, many people felt that he was “bearded.” It’s insinuating Greek monsters. But when Antetokounmpo said about it, he felt that Harden didn’t talk about himself.

“First of all, Harden never mentioned my name. I have watched that video, almost a year and a half later. I think what he meant is that if he is a 7-foot player who can run and buckle, then The game will be much simpler for him, but the reality is that he needs to learn a lot of ways to play well. I think it’s the media that put these words on me. Harden is an amazing player, when I was on the court with him I have to play very, very hard in the confrontation. He is a Hall of Fame player and I have no opinion on him. This is not my motivation against the Nets. My motivation is always to become better and help my team. “

Holding two MVP trophies and one FMVP trophy, Antetokounmpo still feels that he has a long way to go. He is still a chaser. “I like to play as a chaser. I’m not the best player in the world yet, to be honest, I really am not. KD, LeBron, Leonard, Doncic, Curry, Big Eyebrow may be. I am not. I still In catching up with those great names, LeBron is still the strongest player in the world right now.” 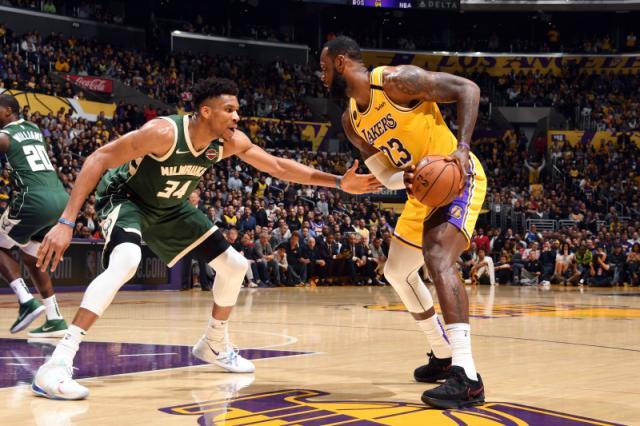 In the post-season just past, Antetokounmpo completed the transformation and led to the championship, and he wrote his own legendary moment on the stage of the finals. However, the Greek said when talking about this journey, these are the results of the joint efforts of the whole team. “I shouldn’t be able to play in the finals. In G1, I played with injuries and prayed for everything to be normal, and then we lost. In G2, I scored 40 points, but the team still lost. I was terrified and scored 40 points. I feel so panicked that I can’t win the ball yet.” Antetokounmpo said, “After that, I just wanted to defend the home court, but my teammates responded. Zhu (Holedi) is everywhere. The key is how to deal with me. The fear and anxiety in my heart. I communicate with experts in sportsmanship every day. He allows me to be myself. Free throws are more of a mentality issue. I want to continue to show my final free throw performance in the new season (19 Form 17). I want to see if the team can complete the defending title. I, my teammates and the team owners, we are together.”

When talking about his performance in the finals after being injured, Antetokounmpo said: “If you train hard, don’t drink, don’t smoke, and do one thing persistently for 8-9 years, you can also do all the misfortunes. I shouldn’t even play in G1 in the finals. I was in pain at the time, and now I’m not even getting rid of the pain completely, but I’ll be fine.”

At the end of the interview, Antetokounmpo was asked about his playing for the Greek men’s basketball team. He expressed his hope that he would lead the team to the European Cup in 2022.

“I hope I can stay healthy and play the European Cup. I want to play with the team and enjoy that journey. It will be a 15-day journey. We are not playing for fame, but to bring people something to enjoy. Things. Can you imagine that you can bring happiness to thousands of Greeks?” Antetokounmpo said.

Hafro Cortina, in Lustenau in search of continuity

Naples, the wall has returned to rise: the...

Hermaea seeks an encore with Sassuolo

Paralympic Marathon will impose traffic control on some...