According to news from the M23 team, on October 7, the former WBA featherweight world champion Xu Can will return to the ring to face Mexican star Brandon Benitez. The two will compete in a 10-round 126-pound featherweight bout in Tampa, Florida, USA. “This is a return after more than a year away from the ring. I’ve been looking forward to this moment for too long,” said the “monster”. Xu Can said.

The “spiritual internal friction” of the boxing champion

Xu Can’s last battle was on August 1, 2021. That night, he fought hard for 12 rounds with Englishman Leigh Wood, and finally lost by TKO and lost the world championship gold belt. Xu Can originally planned to return on May 20 this year, but because of a rib injury, the match had to be postponed. In the year that he lost the “halo” of the boxing champion, Xu Can slowed down the frequency of updating social media and gradually faded out of the field of vision of sports fans.

“I let myself be silent for a while. I watched the video repeatedly, reflected on my inadequacies, and adjusted my mentality after the defeat.”

Xu Can once threw 1,562 punches against Manny Robles, breaking the featherweight record for punching in a single game, so he was nicknamed “Human Gatling”. But in the last game, this firepower was completely suppressed by Leigh Wood. Xu Can admitted that he also doubted himself at times.

“Failure is the last thing I don’t want or want to face. In the first two months, I was quite conflicted and didn’t want to admit it. But I know that I was the only one who saved me from the quagmire in the end.”

In early August this year, Xu Can had a video call with legendary boxing champion Roy Jones Jr. During the call, the latter asked Xu Can if he was willing to fight Leigh Wood again. Xu Can firmly replied that the existence of Wood is the biggest motivation for him to choose to stick to it, and he hopes to complete his revenge one day. “There is an old saying in China, where you fall, you have to get up from there.” Xu Can said, rather than useless mental friction, he wants to return to a better state through practical actions.

Now, he hopes to beat Benitez in the best possible way to get his name back in the world rankings. 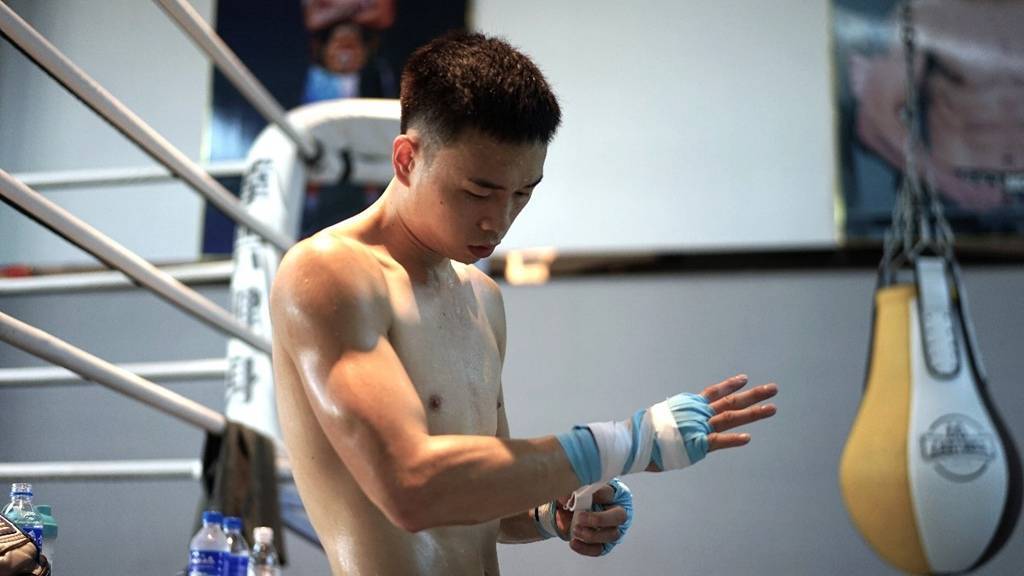 Advance in the darkest hour

So far, two of the top three Chinese boxing P4P players have played overseas this year: on May 20, light heavyweight Meng Fanlong lost to former world champion Jean Pascal by unanimous 12-round decision in Miami; On August 21st, heavyweight Zhang Zhilei lost to Hegovic by unanimous decision in Saudi Arabia in 12 rounds, and was not eligible to challenge for the heavyweight champion. In these two very crucial battles, Meng Fanlong and Zhang Zhilei both suffered losses.

This year, when Xu Can returned to Kunming to visit his parents, he happened to chat with several local young boxers. More than one person once told him that “I can’t hold it anymore, I’m about to give up boxing”. Xu Can felt very uncomfortable after hearing these words. When he won the championship in Houston, many people saw hope. However, only three years later, Chinese professional boxing is once again filled with decline. “I swear to myself, and I swear to all Chinese boxers and fans, no matter how difficult it is, no matter how bad the environment is, I will persevere and I must take the lead and set an example.” Xu Can said.

Liu Gang, the chief promoter of boxing power, said that Xu Can’s fight against Benitez this time is of great significance: first, Xu Can has to prove that he is still competitive at this level; second, this victory will inspire Chinese professional boxing and Employee morale. 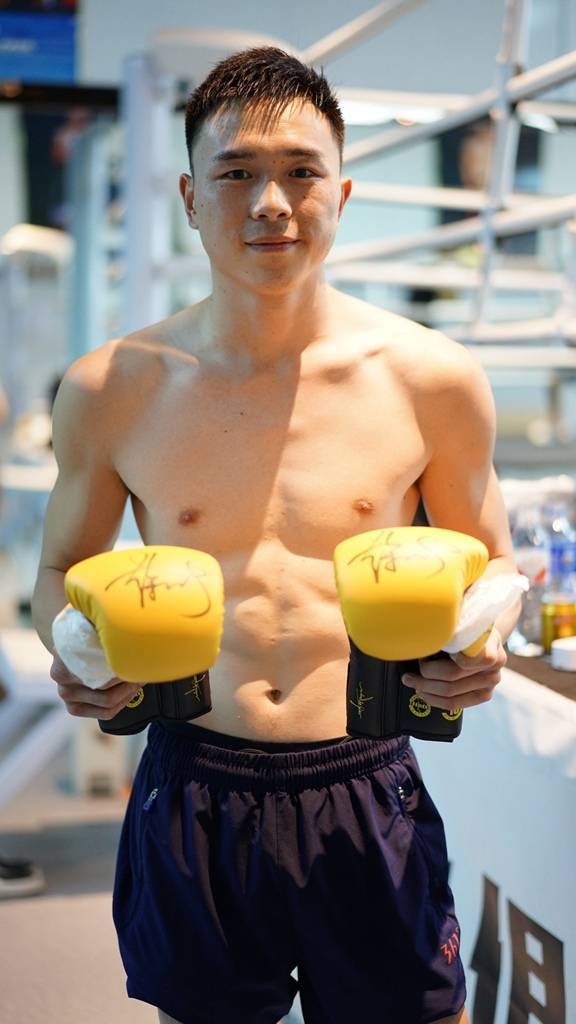 The 24-year-old Brandon Benitez, nicknamed “Cub”, currently has a professional record of 18 wins and 2 losses, with KO opponents in 7 games. Benitez’s two defeats were all lost by KO, but he recently won 4 consecutive victories, and his state has recovered to a certain extent, and threatened to make people shine through the contest with Xu Can. “I’m very excited to play against Xu Can, and I can’t wait to compete with the former world champion,” Benitez said.

Xu Can admitted that he has learned a lot of lessons and experience in the game with Wood, and is eager to show it as much as possible through the October game. I am increasing the reserves in the arsenal, not only fighting on the inside, but also making good use of my distance advantage to play my height and wingspan. “

Xu Can is 28 years old this year and is in his prime. After more than a year of hiatus, he is eager to make a comeback. Shocking the world championship is still the primary and only goal, and the match with Benitez is the first step to regain lost ground. 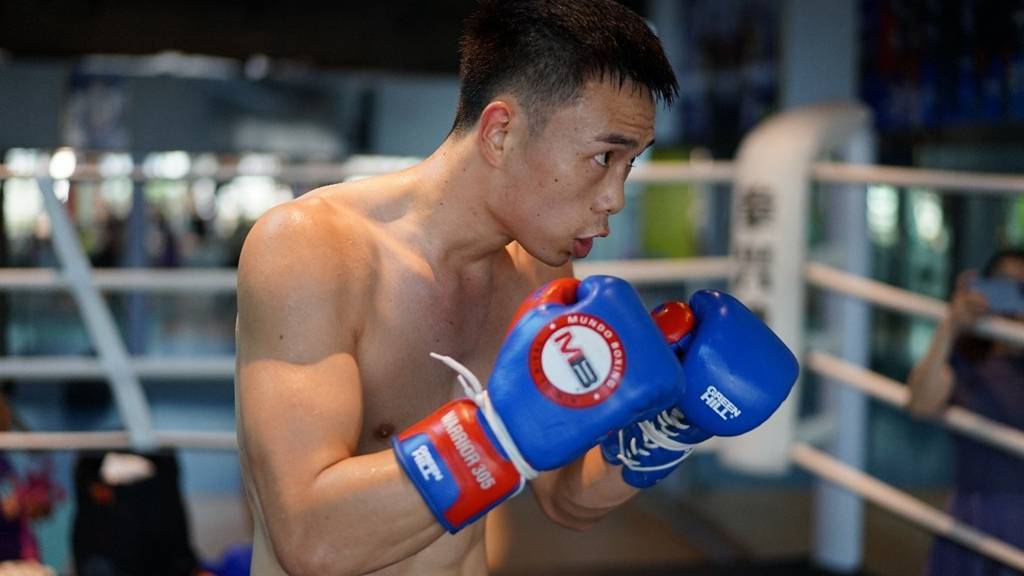 The match will be broadcast at 10:00 pm on October 7th, Beijing time, and domestic boxing fans can watch it for free by downloading the “KOTV” APP.

It is worth mentioning that the overseas competition party changed the matchup originally scheduled for the morning of the 8th to the evening of the 7th. Former light heavyweight world champion and boxing commentator Anthony Taffer said that the rare arrangement of the match in the morning of US time is to ensure that Chinese boxing fans can smoothly watch Xu Can’s match during the prime time of the National Day holiday. . Taffer said: “We hope that Chinese boxing fans can give Xu Can and Chinese professional boxing more support, and we also look forward to more Chinese boxers participating in high-quality events in the future.”

Xu Can knew that if he wanted to challenge the boxing champion again, he could not make mistakes in any of the next matches, and the fault tolerance rate was almost zero. (The picture comes from the M23 team)Return to Sohu, see more

Rome overwhelmed by an unusual Udinese. Inter, after the derby lost there is the Bayern test

The comedy movie “Hello, Brother” released the trailer for “Parents fall in love with you” Chang Yuan witnessed the love of parents by accident_Wei Xiang_Ma Li_Poster