As the next-generation Windows XP operating system after Windows 2000 and Windows ME, its biggest advantage is its simplicity and compactness. However, the system that has been released for 20 years is obviously outdated. From the statistical data, there are only a few million users of Windows XP left, and those who retain the system are all old users, but compared with the 1.4 billion released Windows 10/11, the difference is obvious. However, as Windows 11, which was released last year, although a lot of improvements have been made, there are still quite a few users who feel uncomfortable during use, and even miss the visual UI of XP. It is a pity that Microsoft has long since suspended the technology. support.

But the world often has no shortage of great players. Recently, a Reddit ID named BowzasaurusRex became popular because it transformed Windows 11 22H2 (Build 22621) into the appearance of XP back then, and showed the results to netizens. 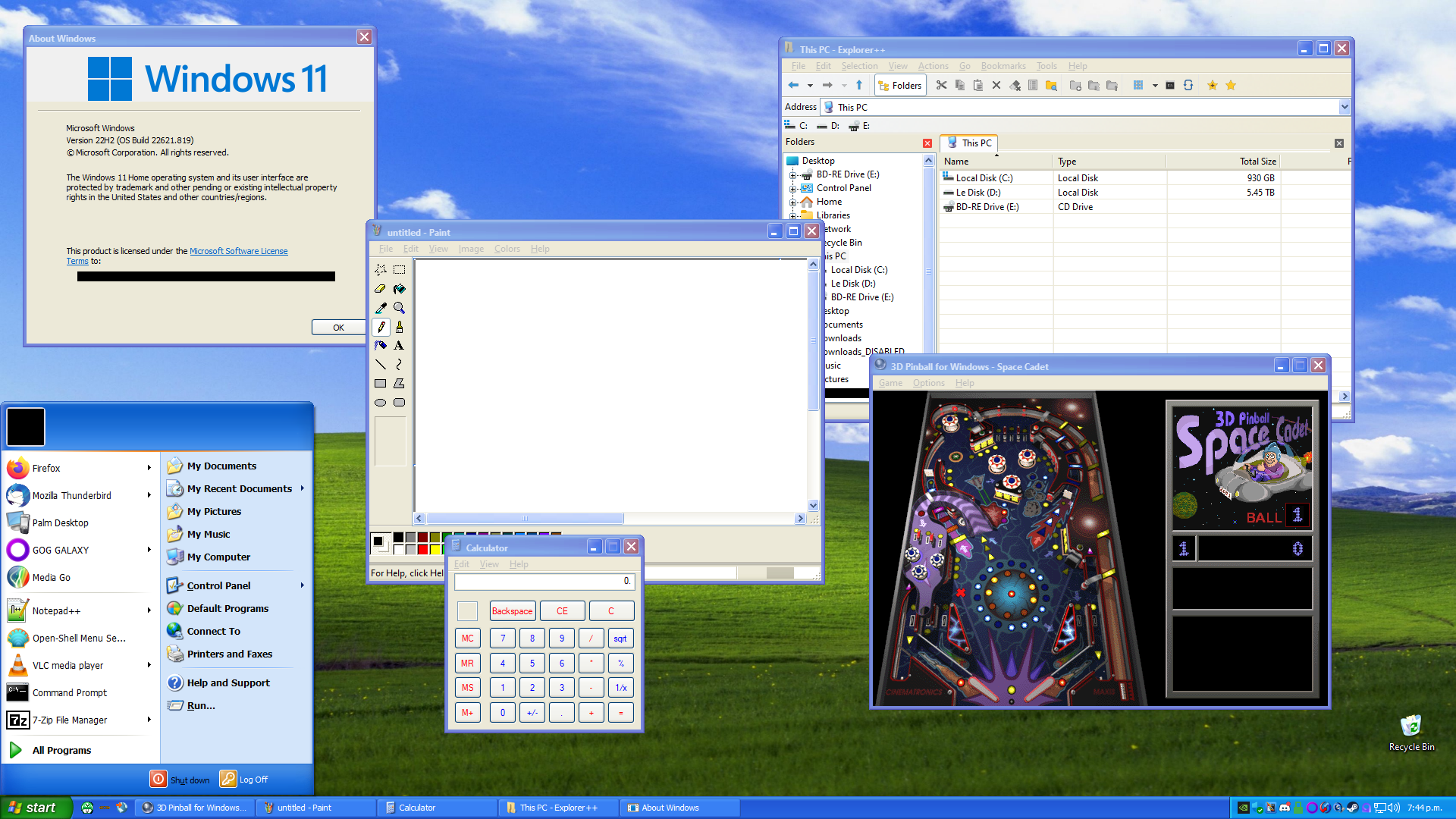 What you see in the catalog is that whether it is the start menu, taskbar, window elements, small painter, small abacus or even “My Computer”, they are almost restored to XP style one by one.

Although Microsoft has stopped technical development, some functions of XP are still normal. For example, file preview, listening to music, looking at the website and so on, of course, there are also the lost mines of the win family, solitaire games to relax and pastime, etc. However, in contrast, this modified player also restored the classic 3D pinball game on Windows 11, which made many users moved after seeing it.

See also  Elon Musk will fire half of Twitter's employees

In the end, the producer introduced that the system can be restored because the above-mentioned effects were achieved with the help of three software, WindowBlinds, Open-Shell and RetroBar. That touch.

Is Basic Strategy Enough to Win at Blackjack?