Home Business The fundamentals in the fourth quarter are expected to support the relative resistance of Shanghai Aluminum.
Business

The fundamentals in the fourth quarter are expected to support the relative resistance of Shanghai Aluminum.

The text of the research report

The short-term interest rate hike boots fell to the ground, and Yunnan’s supply shrank to support,Shanghai AluminumThe short-term period is too much, wait and see whether it can break through the rebound high in front; the fundamentals in the fourth quarter are expected to support and relatively resist the decline.

Second, the situation of the disk

Aluminium prices were weak yesterday. In the domestic market, 3,697 lots were lightened up, and 2,075 lots were short-sold.

Macroscopically, the results of the Fed’s interest rate meeting this morning came out. If the market expects a 75bp rate hike, the market has already traded a negative interest rate hike of 75bp. We believe that this rate hike will produce a short-term boot landing.

But as far as Powell and Fed lawmakers are concerned, continuing to raise interest rates to fight inflation is a consistent goal, even at the expense of a certain economy, so macro disturbances are an ongoing process.

Fundamentally, the domestic supply contradiction continues, Yunnan may encounter the risk of insufficient water this winter and next spring, and the production reduction rate of some aluminum plants in Yunnan has risen to 20%-30%, and there is still the possibility of further expansion in the future.

As of September 1, 1.75 million tons have been put into production in China, 3.01 million tons have been resumed, and the total production has been reduced (an estimated 30% reduction in Yunnan’s production) totaling 3.495 million tons. There may be a shortage of domestic electrolytic aluminum supply. At present, the domestic support has become stronger, and the internal and external price difference has continued to narrow to around -300 yuan / ton, waiting for the import profit window to open. 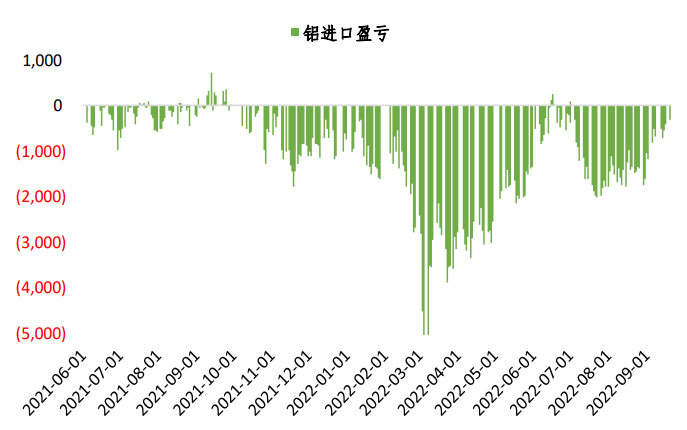 Foreign logic: overseas supply and cost support have continued, and the current production has been reduced by 1.476 million tons, but we believe that if we do not continue to expand, the bullishness has almost fermented. The European winter is approaching, which could have another major impact on energy-intensive industries.

Spot transaction: According to Shanghai Metal Network, the stockholders reported a premium and a discount to the market in early trading, and the discount to the 10 contract was around 50 yuan/ton. The spot of aluminum ingots fell with the market, and the stockholders in the East China market quoted an average price of -10~-20 yuan / ton on the Internet price and heard the transaction. 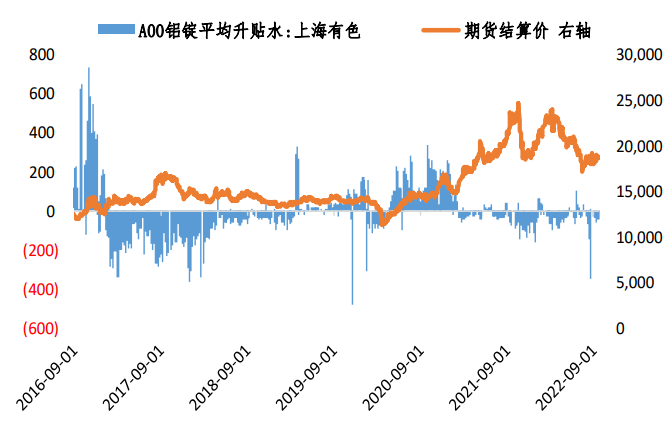 See also  Tesla responded that Model 3/Model Y new cars have no USB interface: there is no solution for the time being due to the shortage of chips-USB, Tesla, interface-Fast Technology (Media under Drivehome)-Technology changes the future

Yesterday, the enthusiasm of large households to receive goods was general, and the receiving price in the East China market was around 18,550 yuan / ton. The overall transaction in the spot market remained normal.

Short-term speculators operate in a range, with more concerns during the week: the extent of overseas power shortages, domestic consumption, and Yunnan hydropower.

Intermarket analysis and opportunities with certificates

Peloton launches its bikes in all Hilton hotels...