Directed by Dong Yachun and starring Huang Zhizhong, Wu Yue, Ma Jing, Cheng Yu, Yue Hong, Yang Kun, etc., the inspirational drama “Good Days in Life” will be launched on the Oriental Film and Television Channel from August 3rd, every night at 18:50 episodes. The play takes the hero’s emotional marriage as the main line, and tells the history of emotional entanglements and personal struggles of three people who have spanned decades.

Interpreting the years of educated youth across ages

In the impressions of many audiences, Huang Zhizhong has always appeared on the screen as a “tough guy”. For example, in “The Right Way in the World is the Vicissitudes of Life”, Huang Zhizhong played Yang Liren, who was passionate about saving the country, abandoned his pen and joined the army but served the Kuomintang regime; in “The Chinese Expedition” In “Army”, he plays Han Shaogong, a captain officer with a patriotic heart of boxing; in “New Sword”, he plays Li Yunlong, who has not changed his original intention of a soldier after various battles; Tai… And in “A Good Day in Life”, Huang Zhizhong changed his previous image and played an educated youth, and the age of the role will span from a youth in his 20s to middle age when he appeared. This not only makes the audience who like Huang Zhizhong feel the role of this role, but Huang Zhizhong himself is also fully involved in it, shouting that it is very enjoyable to play.

In the play, Han Mochi, an educated youth played by Huang Zhizhong, lost a leg and became disabled on the eve of his return to the city. Mo Chi’s mother was worried that the newly rehabilitated Han family would be implicated by Mo Chi’s girlfriend Rou Jia (Wu Yue), who had not yet been rehabilitated, so she secretly used methods to make Mo Chi, who was unaware, marry Zhong Sicun (Ma Jing), a rural girl who bravely helped her. decoration). From the “Pride of Heaven” to the physical disability, from sympathy with a lover to marrying someone else by mistake, fate has pushed Mochi to a desperate situation again and again. In the play, after Mo Chi was rescued from suicide, he had this line: “All of you can’t understand my life, understand the feeling of losing a leg, I’m a burden!” It is understood that the filming of the scene at that time At that time, Huang Zhizhong was sitting in a wheelchair, holding the ashtray tightly in his hand, and tears like beans fell, which not only infected all the rival actors, but also the staff at the scene.

Under such adversity in life, the horn of reform and opening up sounded, Mochi finally bravely took the first step to change his life, and became a group of people who went into the sea early to do business and achieved success. “Han Mochi has a lot of energy. Although he is physically disabled, he does not succumb to the arrangement of fate and tries his best to change his own destiny. In him, we can actually see the process of chasing dreams of the Chinese generation in the 1950s.” Huang Zhizhong said in This is what he said when reading the character. 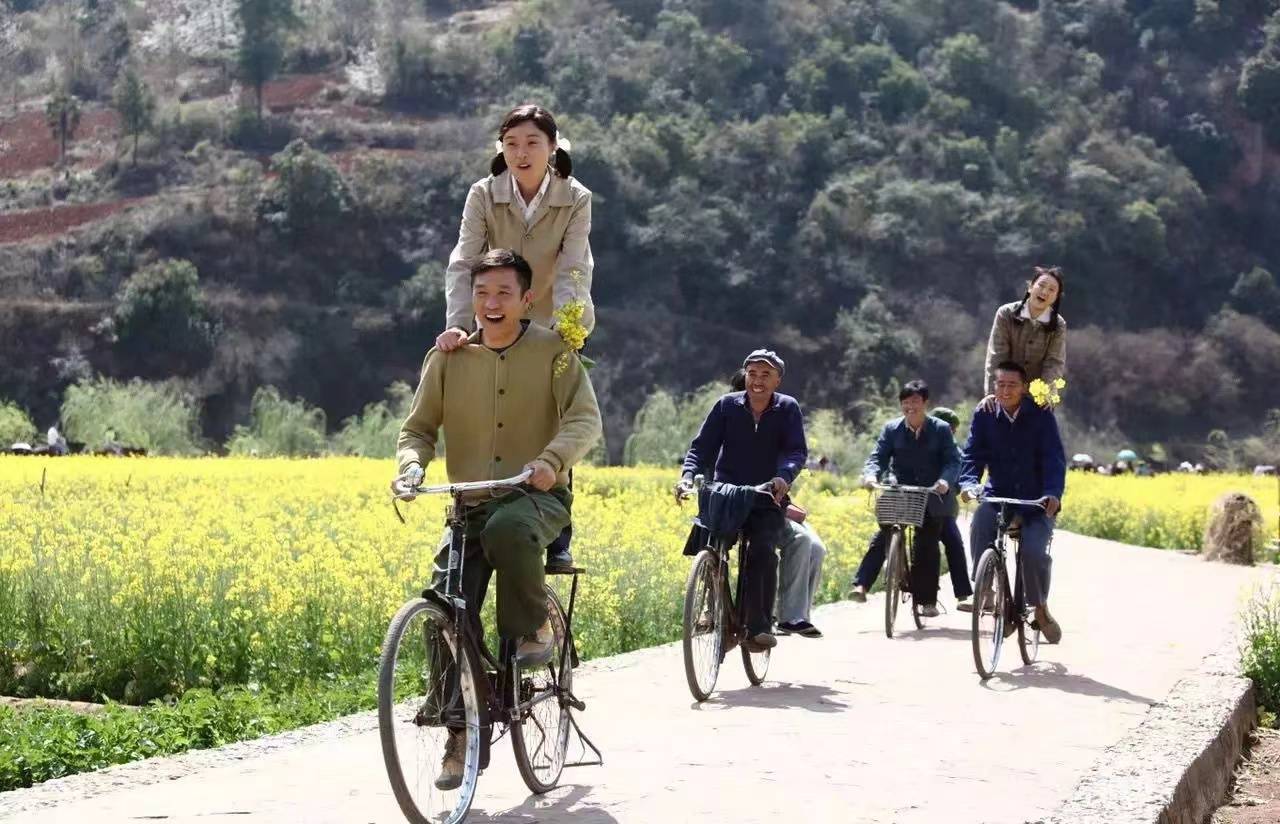 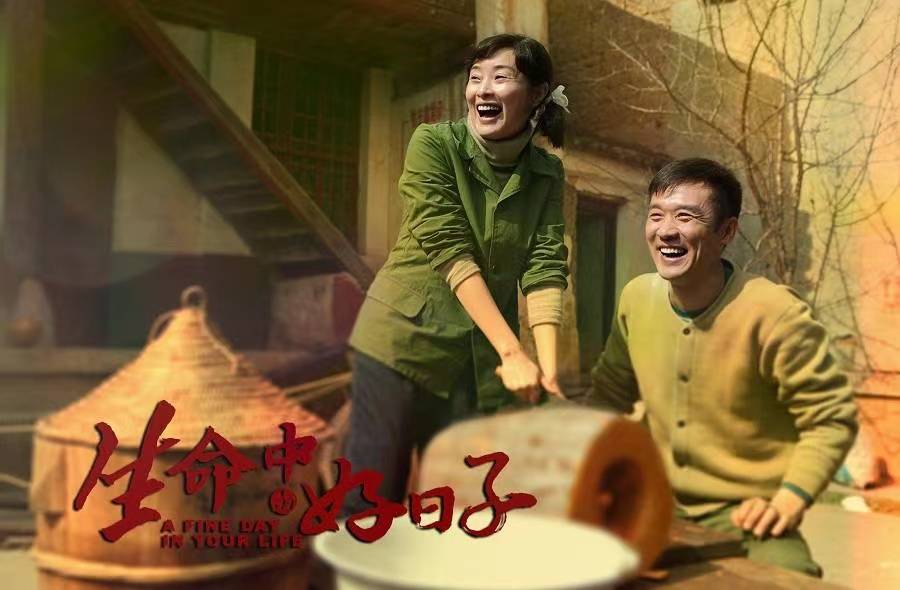 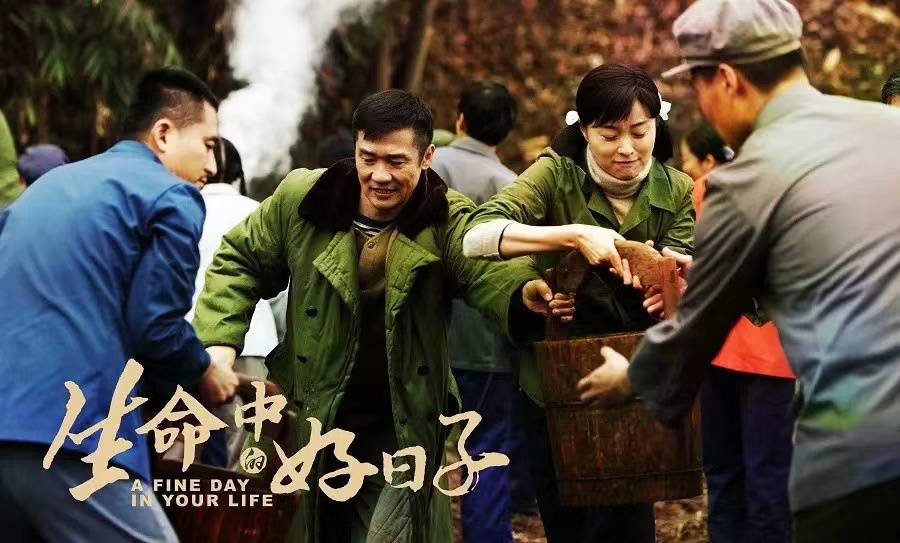 Pay tribute to the “post-50s” to deliver positive energy

In the play, the two female characters who make Huang Zhizhong in a dilemma are Rou Jia played by Wu Yue and Zhong Sicun played by Ma Jing. Rou Jia was born in a family of high-level intellectuals. Her father died of illness in the bullpen after being labeled a rightist, and her mother died of illness soon after. Rou Jia became a “five black children”, and together with Mo Chi, she became an educated youth. The childhood sweethearts failed to escape the trick of fate in the end. Talking about his role, Wu Yue commented: “Rou Jia is a very upright person, insists on love, never bows his head, does not compromise in everything, and overcomes rigidity with softness.” Another girl, Zhong Sixun, was rescued by Mochi in the fire and fell in love with him. . However, in the eyes of the mother-in-law, she was a hard-working and capable daughter-in-law, but she could not get a good face from her husband. Mochi has been thinking about how to divorce this woman since the day she got married. In the end, Si Cun gradually moved her husband with her sincerity and wisdom that have remained unchanged for many years. The two of them worked hard to move forward hand in hand in the tide of the times to create a better tomorrow of their own. Although the relationship between Han Mochi, Rou Jia, and Zhong Sicun was originally a love triangle, the main creative team did not deal with these relationships in a bloody way, but set off the three people’s sense of responsibility through their love regrets. with stoic qualities. When all the love and hatred have gone up and down with the torrent of the times, decades later, they can finally meet and smile and reconcile with all their regrets. 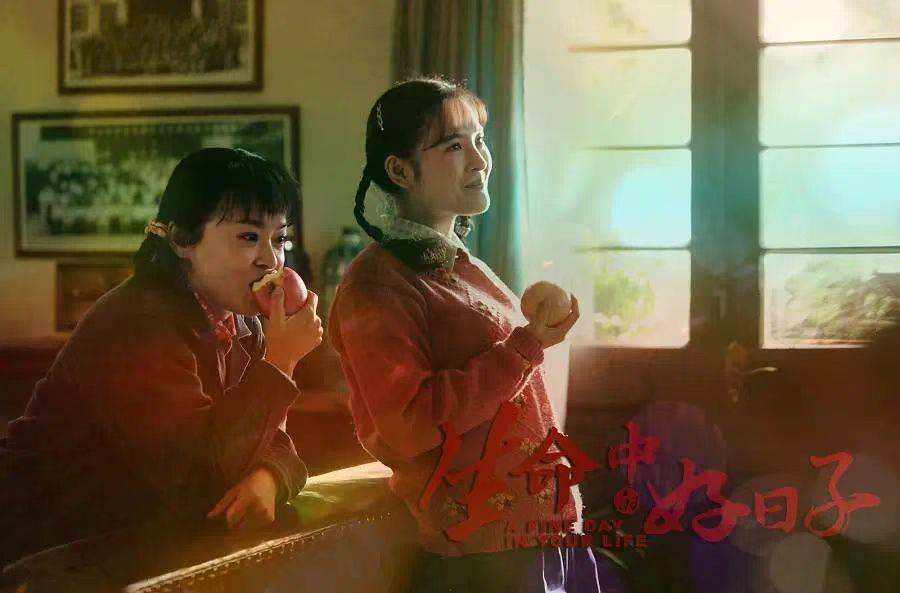 In addition to Wu Yue and Ma Jing, there are also a group of powerful actors in the play, such as Cheng Yu, Yue Hong, Yang Kun, etc. These willing actors make the whole play stronger and stronger, and each character is three-dimensional. vivid. “The Good Days in Life” started in 1977, involving many landmark historical nodes such as educated youth going to the countryside, the resumption of the college entrance examination, the return of educated youth to the city, reform and opening up, and so on. Han Mochi, Rou Jia, and Zhong Sicun chose to be strong in hardships, and waited for hope in desperate situations. As long as there are still dreams and expectations, just like the title of the play, every day they live is “a good day in life”.

For more exciting content, pay attention to the five-episode “Good Days in Life” broadcast by Oriental Film and Television Channel at 18:50 every night from August 3rd.Return to Sohu, see more