Home Health Monkeypox, WHO: it is a global health emergency
Health

Monkeypox, WHO: it is a global health emergency

Declaring a global emergency means that the monkeypox epidemic is an “extraordinary event” that could span multiple countries and requires a coordinated global response. In the past, WHO has declared emergencies for public health crises such as the Covid-19 pandemic, the Ebola epidemic in West Africa in 2014, the Zika virus in Latin America in 2016 and ongoing efforts to eradicate polio. .

Rezza: maximum attention but not alarmism –

“The WHO has declared monkeypox (Monkeypox) a” global health emergency “. The Ministry of Health, with a specific ordinance, has already prepared, together with the Regions and Autonomous Provinces, the procedures for reporting individual cases. 407 cases with a tendency to stabilization have been registered. The situation is under constant monitoring but it is not believed that it should cause particular alarmism “. This was declared by the director general of prevention of the Ministry of Health, Gianni Rezza. 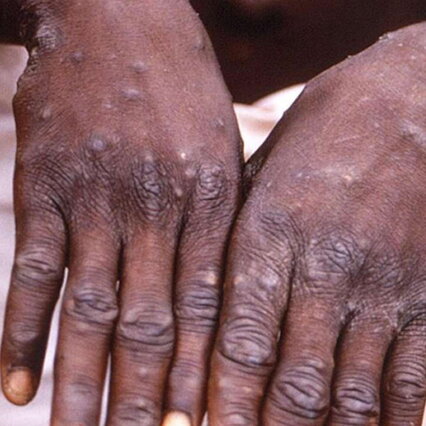 The mode of transmission is not clear –

Monkeypox has spread rapidly around the world through new modes of transmission that we understand too little about, which is why it is necessary to declare a global emergency. This was stated by the director general of the World Health Organization (WHO) Tedros Adhanom Ghebreyesus that he decided to release this statement despite the lack of consensus among the members of the emergency committee. It was the first time that the head of the UN health agency has taken such action. “I know that this was not an easy or straightforward process and that there are divergent opinions among the member countries” of the WHO emergency committee, Tedros acknowledged.

See also  How many steps should be taken per day and how many minutes to train to prevent depression, cognitive decline and Alzheimer's

The Committee for Medicinal Products for Human Use (CHMP) of the European Medicines Agency (EMA) has recommended the inclusion of the smallpox vaccine Imvanex in the list of products for the protection of adults against monkeypox disease. The drug, manufactured by Denmark’s Bavarian Nordic, has been approved in the EU since 2013 for the prevention of smallpox, and contains an attenuated (weakened) form of the virus. The CHMP based its recommendation on data from several animal studies, which demonstrated protection against monkeypox virus in primates vaccinated with Imvanex. The safety profile of the drug is favorable, with mild to moderate side effects, and the CHMP concluded that the benefits of the drug outweigh the risks. To confirm the effectiveness of the monkeypox vaccine, the company will collect data from a study that will be conducted during the ongoing outbreak in Europe.

Landslide above Lake Alleghe: the road to Masarè is closed

“Fitness for All, Meet in Hangzhou” 2022 Hangzhou Basketball League kicks off today_Zhejiang Online

Covid, Andreoni: “Quarantine reduction is not a great...