Home World The Canadian Prime Minister and other two participants confirmed that the Summit of the Americas will be the next new coronavirus “super-spreading event”? _Hangzhou Net
World

The Canadian Prime Minister and other two participants confirmed that the Summit of the Americas will be the next new coronavirus “super-spreading event”? _Hangzhou Net

The Canadian Prime Minister and other two participants confirmed that the Summit of the Americas will be the next new coronavirus “super-spreading event”?

△On June 10, during the Summit of the Americas, Canadian Prime Minister Justin Trudeau took a group photo with leaders of other countries

CCTV news on the 13th local time, Canadian Prime Minister Justin Trudeau and U.S. Health and Human Services Secretary Becerra have announced that they have tested positive for the new crown disease. Hosted by the Americas Summit.

△Trudeau personal social media account: My new crown test result is positive and will be quarantined according to prevention and control requirements.

This is the second time that Trudeau has contracted the new coronavirus after testing positive for the new coronavirus on January 31 this year. He arrived in Los Angeles on the 7th and returned to Canada after returning to Canada on the 11th. On the 13th, he said on social media that he tested positive for the new crown. During the Americas Summit, Trudeau met with a number of government officials and business people from across the Americas. 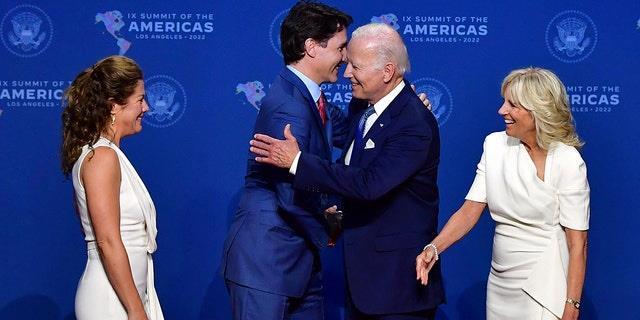 △The Trudeaus and the Bidens 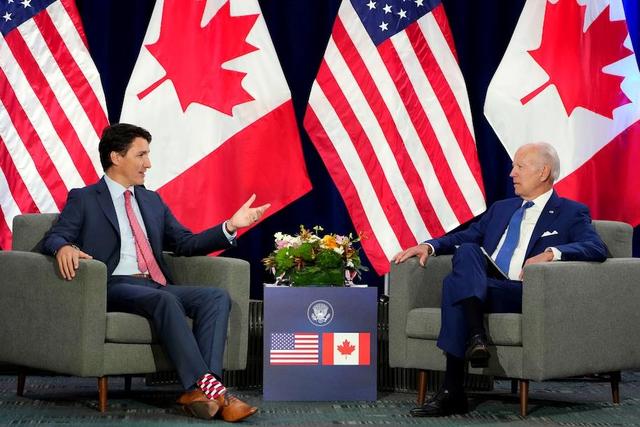 According to media disclosures and photos and videos released by Trudeau himself, he met and hugged U.S. President Biden during the Summit of the Americas, and had a face-to-face meeting, and did not wear a mask during the meeting. 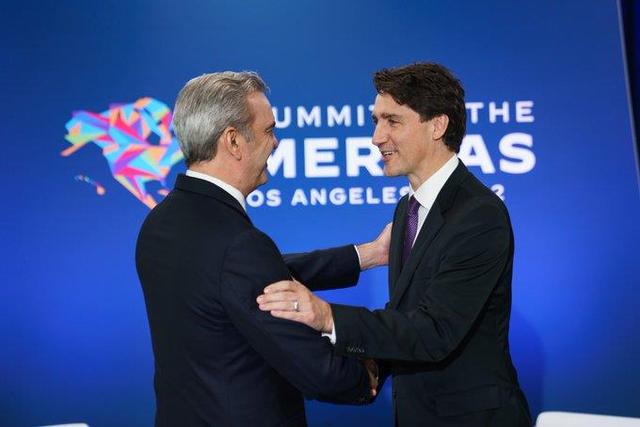 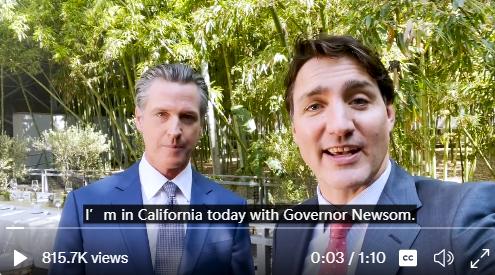 See also  Shooting at school in Texas: "Cops did not implement post Columbine protocol". After the massacre in 1999, the rule is to intervene as soon as possible

According to Bloomberg, at the closing press conference on the evening of the 10th, Trudeau’s voice already sounded hoarse. This is also the second time US Health Secretary Becerra has been infected with the new crown virus since May 18. He attended the CEO Summit plenary session on the sidelines of the Americas Summit on June 8 with U.S. Vice President Harris, announcing the Biden administration’s new initiatives on public health cooperation in the Americas.

△Part of the participants in the plenary session of the CEO Summit on the 8th (from left to right): Craig, Head of Policy Affairs of Meta Corporation, US Vice President Harris, US Health Secretary Becerra, US Secretary of State Blinken, Bahamas Prime Minister David Sri Lanka

Also participating in the same meeting on the same day were U.S. Secretary of State Blinken, Prime Minister Davis of the Bahamas and other government officials from various countries, as well as executives of many companies such as Craig, head of policy affairs at Meta. No one was wearing a mask in the photos released by the media.

The Associated Press reported that Becerra tested positive again in such a short period of time, possibly because of infection with the Omicron variant BA.2 or the current main strain in the United States, BA.2.12.1, two variants. All strains may bypass the immune barrier established by the previous infection and vaccination; it may also be temporarily negative, but the virus in Becerra’s body has not been cleared after the last infection.

See also  Slap the President of the Republic, the evil wind blowing towards democracy-news analysis

The epidemic situation in California, where it is held, is not easy 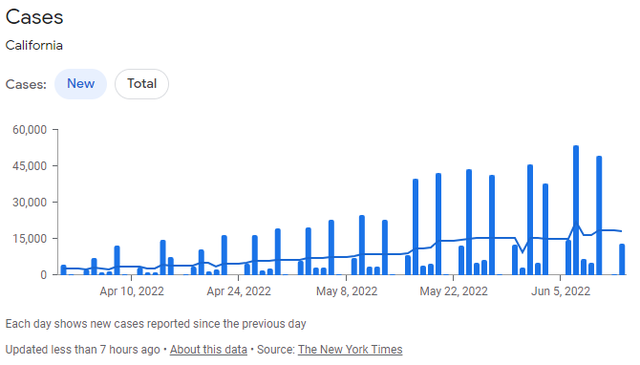 California, where the Summit of the Americas is held, has seen an upward trend in recent times. In the past month, California has recorded more than 440,000 new confirmed cases and nearly 1,000 new deaths. The governor of California also announced a positive test result for Covid-19 on May 28, but he ended his quarantine in early June before attending the Summit of the Americas.

Since April, the “super-spreading event” of the new coronavirus in the United States has occurred more than once. On April 2, after the annual dinner of the Gridiron Club, more than 70 people, including the Attorney General, the Secretary of Commerce, the Secretary of Agriculture, the Mayor of New York and other important American politicians, tested positive for the new crown virus.

See also  Hot Q&A: Why NATO is reluctant to set a no-fly zone in Ukraine

On April 30, after the White House Correspondents Dinner, US Secretary of State Anthony Blinken and CBS Chairman and CEO George Cheeks and many other mainstream media people tested positive for the new crown virus.

△On April 30, at the White House Correspondents Dinner, few of the more than 2,000 guests wore masks

At that dinner, in front of more than 2,000 guests, talk show host Noah once said with a smile that politicians and media people present clearly “spent two years telling everyone the importance of wearing masks and avoiding large-scale indoor gatherings. ”, the current behavior is very different, this dinner will become “the most unparalleled super-spreading event”, and the result is a prophecy. Who can predict that the Americas Summit in June will become the satire of the next talk show?

TikTok and Telegram, the platforms where the readers are who the newspapers are no longer able to reach

Gazprom announces to Eni: 15% reduction in gas flows to Italy

Sweden, stabbing during a political event: a woman...

Gas, the strike in Norway stops but not...

Johor Energy Port Plan: Do you want to...

The Russian Ministry of Foreign Affairs responded to...