As a carnival day for global fruit fans, the 2022 Apple Autumn Conference is expected to be held in early September. As the time gets closer to Apple’s autumn conference in September, there is more and more news about Apple products on the market. At this conference, will Apple’s five major product lines appear, and what changes will be made to the products on the stage?

Based on the above problems, this article integrates relevant news, and from the perspective of the five major product lines, takes a detailed inventory of what changes will be made to Apple’s new autumn products in 2022.

In terms of configuration, the iPhone 14 and iPhone 14 Max will have similar configurations. It is expected to be equipped with the same A15 processor as the iPhone 13 series. It will follow the same notch design, the screen refresh rate is 60Hz, and the rear dual cameras will still use 12MP lenses. The memory will be upgraded from 4GB to 6GB. 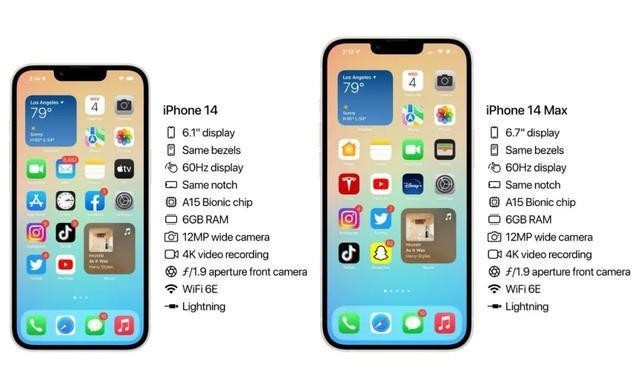 Unlike the two models mentioned above, the iPhone 14 Pro and iPhone 14 Pro Max will receive major upgrades. Both phones will be powered by the A16 processor and feature a new “capsule” screen design.

The screen will use Samsung M12 material OLED panel,Support 120Hz Pro Motion and hold breath function,The rear main camera will be upgraded from 12MP to 48MP, and supports 8K video recording, and the memory will also be upgraded to a larger 8GB.

See also  The three major A-share indexes closed down: the ChiNext Index fell nearly 2%, and the medical and aesthetic concept stocks bucked the market and strengthened This article organizes the breaking news information of the iPhone 14 series into a table, and the detailed information is shown in the following table. According to the usual practice of Apple’s autumn conference every year, Apple will bring a new Apple Watch. In this conference, Apple Watch Series 8 is not expected to be absent.

According to DSCC’s Ross Young and Haitong Securities’ Jeff Pu, there may be three models of Apple Watch this year.

It is worth mentioning that the newly added Apple Watch Rugged may be a “stronger” Apple Watch developed for extreme sports.

In terms of configuration changes, Apple Watch 8 is expected to have a larger display area, equipped with a new S8 chip, and the accuracy of health monitoring functions such as activity tracking and ECG will be further improved, and a temperature measurement sensor will be added to support body temperature detection.

The Apple Watch Rugged will have a shatter-resistant screen, a stronger titanium case, and a larger battery. The new Apple Watch SE2 is expected to be released at this conference. As a “Youth Edition” watch, the configuration has not changed much. In appearance, it maintains the same screen size as the previous generation, and does not support the all-weather display function. Using the new S8 chip and supporting blood oxygen monitoring function, the starting price is the same as the previous generation.

According to the rendering of the iPad 10 released by MySmartPrice, the front of the iPad 10 is the same as the previous generation, retaining the Touch ID physical button, and the back uses a new oval rear camera module. 12 million pixels.

See also  The screenwriter said that the script for the fifth season of "Stranger Things" will be written soon – American TV – cnBeta.COM 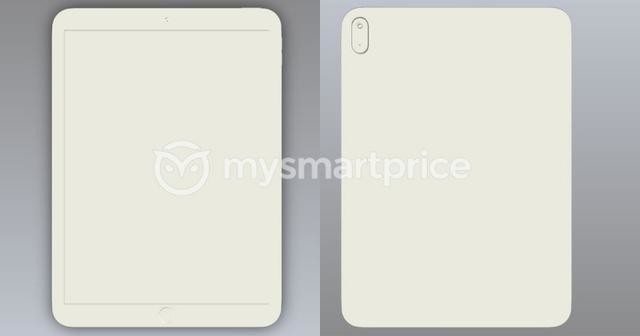 The sides of the iPad 10 will be designed with an upper right-angle frame, and the overall body will be 248mmx179mmx6.98mm, which will be thinner and lighter than the previous generation’s 250mmx174mmx7.50mm. 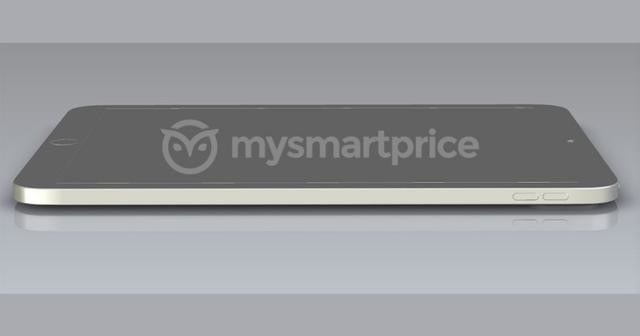 At the bottom of the fuselage are two rows of microphones, and the charging interface is USB-C. 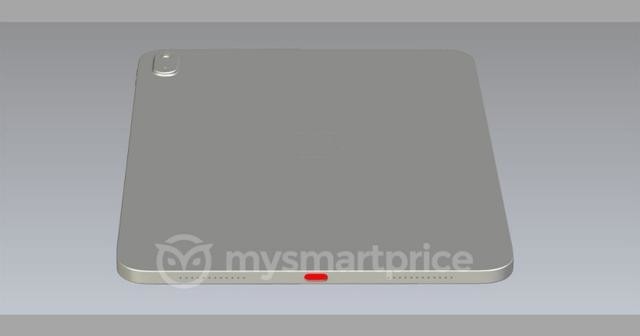 In addition, it is expected that the iPad 10 will use the full-blooded version of the A14 processor, use the same full-fit screen as the iPad Air3, and upgrade the size to 10.5 inches, but it still does not support Apple Pencil 2.

According to Majin Bu, the iPad Pro 2022, which will be released in the second half of this year, is expected to usher in a major upgrade. The first is that the iPad Pro 2022 will be equipped with the latest M2 chip. Compared with the M1 chip, the CPU is 18% stronger and the GPU is 25% stronger, and the performance will be further improved. 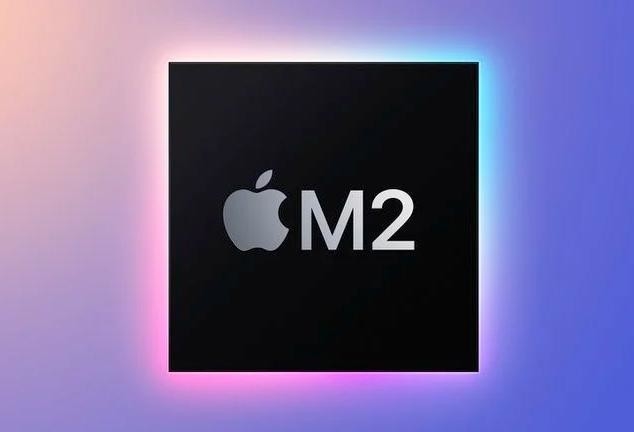 Secondly, the storage specification of the iPad Pro 2022 is upgraded to LPDDR5, and the entire system starts with 16GB of storage. Compared with the previous generation, the capacity is directly doubled.

In addition, the iPad Pro 2022 will add a “super-sized” model with a screen size of 14.1 inches and a miniLED material. It is expected that the battery capacity will also increase and support wireless charging. 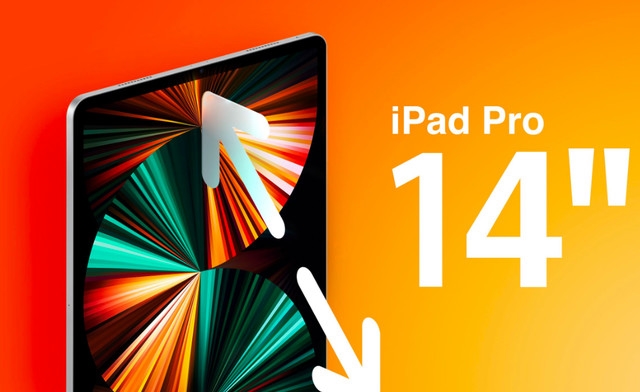 The new 2022 iMac Pro will be equipped with a 27-inch mini-LED display that supports a 120Hz ProMotion refresh rate. It can be seen from the leaked rendering that the display has a notch, and the chin of the screen will be further narrowed, and new A space gray version.

In terms of configuration options, the iMac Pro is expected to offer two options on the processor, M1 Pro and M1 Max, RAM configurations with 16GB, 32GB and 64GB options, and up to 8TB SSD storage options.

The new iMac Pro will have an active cooling system, and under extremely heavy loads, the fans may be noisy.

In terms of price, under such extreme stacking, its starting price will be no less than $2,499, but it will not be as expensive as the 2017 iMac Pro.

Since the release of AirPods Pro in October 2019, Apple has not updated and iterated the product for three years. According to foreign media reports, the new AirPods Pro 2 is expected to be released this fall. 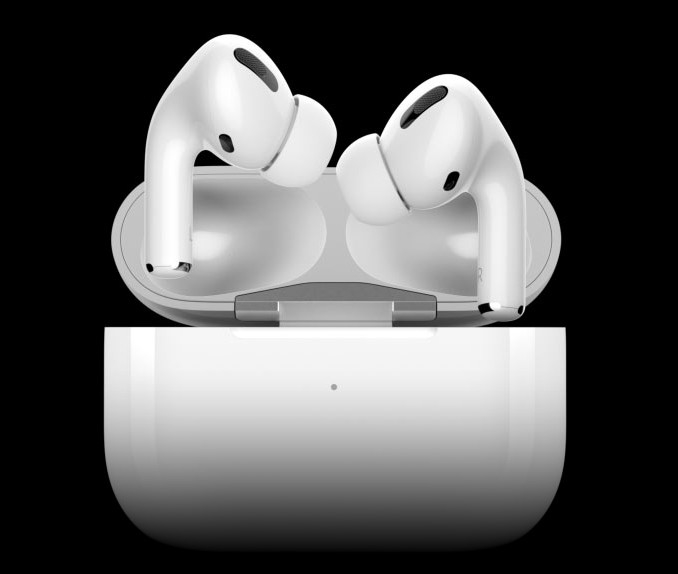 Compared with AirPods Pro, AirPods Pro 2 will have better sound quality performance. The factory comes with LC3 audio protocol, supports lossless music, and is equipped with a skin detection sensor in each earphone, instead of dual optical sensors, through the skin detection sensor Detecting the moisture in the wearer’s skin can more accurately detect whether the user is wearing the headset.

The new charging case that comes with the AirPods Pro 2 will be waterproof for improved durability. It is worth mentioning that the charging box will also be equipped with a sound function, combined with UWB technology, making it easier for users to find it.

According to the latest news, the recording work for Apple’s fall new product release in September has begun, and it is expected to officially release the new product in early September.

In this conference, the iPhone 14 series, iPad 10, and iPad Pro 2022 will be officially released. In terms of smart wear, Apple Watch 8, Apple Watch SE2 and Apple Watch Rugged, which focuses on “extreme sports“, will be brought.

The remaining two series of the five product lines (Mac, AirPods) will be more likely to be launched at Apple’s second fall event in October. 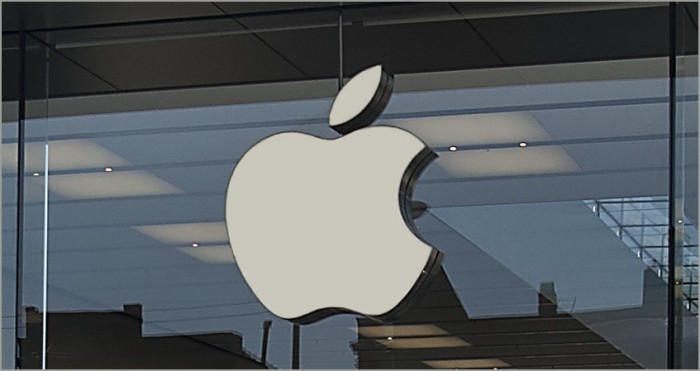 Staking, a new way to make money with...